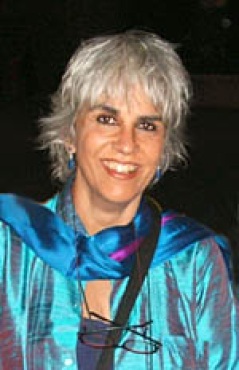 I joined the Open University in 1999 and hold a Chair in Modern Literature. Before that I held posts at several other institutions including Queen Mary College, University of London, Cambridge and the University of Portsmouth. I did my undergraduate and graduate studies at the University of Kent, supervised by Lyn Innes and Louis James. I have always been interested in issues of cultural difference and diversity having grown up in India, Britain, Holland and Germany.  In 1984 I founded the Arts Council-funded literary magazine, Wasafiri: The Magazine of International Contemporary Writing, now housed at the Open University and co-published with Routledge.

I have published widely in the field of 20th century and contemporary world literatures. Particular interests are in Black British and Caribbean writing especially the work of Jean Rhys, Jamaica Kincaid and Sam Selvon as well as on women’s writing and the literatures of the South Asian diaspora (more details are under the publications tab above). Recent books include an edited collection India in Britain (Palgrave 2012) and Asian Britain: A Photographic History (Westbourne Press, 2013). As Founding Editor of Wasafiri: The Magazine of International Contemporary Writing I have been actively engaged for the past thirty years in the evolution of diasporic and migrant writing worldwide and have participated at a number of literary festivals  [Watch an interview on the history of the magazine recorded at the 2011 Jaipur festival].

A senior member of the Open University Post-Colonial Research Group, I have led a number of major externally-funded research projects. I was Co-Investigator from 2004-07 of  The Colonial and Postcolonial History of the Book. From 2007-2010 I was Principal Investigator and Director of the AHRC-funded Making Britain: South Asian Visions of Home and Abroad, 1870–1950.  Focussing on making evident the substantial contributions that South Asians made to British life in this little-known early period of migration, this interdisciplinary archival project built on ideas I initially explored in my 2002 monograph, Home Truths: Fictions of the South Asian Diaspora in Britain. More recently I have been leading a public engagement follow-on, Beyond the Frame: Indian-British Connections 1850-1950, which has created joint digital materials with the British Library and toured an exhibition to eight cities in Indian in 2011-2012.

I am interested in applications from research students working in any of the areas above.

Though I have taught across a range of literary subjects, my prime interests are in colonial and postcolonial literatures especially: Caribbean, African, South Asian and Black-British writing. Other areas include life-writing, postcolonial, feminist and diasporic theories, book history, global modernisms and the dialogue between creative writing and critical practice. Before joining the OU I initiated some of the first postcolonial courses in the UK at BA and MA level.
Whilst at the OU, I have taught A430 Post-Colonial Literatures in English: Readings and Interpretations, A215 Creative Writing, A300 Twentieth Century Literature: Texts and Debates and am currently involved with: A335, English Literature After 1800: Transitions. In addition I have taught on the MA: A813 Literature and Nation, A815 Literary Afterlives and A816 Literary Horizons.

As Editor of Wasafiri (an Arts Council-funded literary magazine and one of the select National Portfolio Arts Organisations) I have always been committed to bringing my research to a wider public.  In 2009, my  top 10 cultural journeys were featured in The Guardian as part of the celebrations for Wasafiri's 25th anniversary. This has frequently involved participation on BBC radio and in literary and cultural events at venues such as the Southbank Centre, Festival Hall, London. In 2012 I was invited as chair and discussant with Noo Saro-Wiwa and Chibundu Onuzo on two new books by young writers from Africa (22nd March) and in 2013 chaired a conversation between Professor Paul Gilroy and the Caribbean writer, Lawrence Scott on how the Windrush generation impacted on the sounds of the nation at the Purcell Room as part of the Rest is Noise Festival. Listen to this on SoundCloud. In 2014 as part of the magazine’s 30th birthday celebrations we engaged in a project to bring publishing and writers to four London schools.
I was interviewed about Sam Selvon's early days in London for 'A Stranger in the City', part of the BBC series Books That Made Britain (broadcast in October 2016).
One of the prime objectives of the academic research projects I directed on early Asian Britain was to engage diverse audiences in our research findings. Numerous events were held in public venues and local libraries heightened through partnerships with museums and through digital media (see: Beyond the Frame: Indian-British Connections 1850-1950).  For example, the exhibition tour to India visited eight Indian cities, running workshops for schools and cultural events co-ordinated by the British Council. This work in India was featured as an example of public engagement in the Research Councils UK (RCUK) 'Pathways to Impact' case study and has been shortlisted for international collaboration in the 2013 Times Higher Education Awards. See also  the English department's public activities page.

There's no such thing as only literature : English teaching in an anti-racist and multicultural context (1989)
Gerschel, Liz and Nasta, Susheila
In: Brooker, Peter and Humm, Peter eds. Dialogue and Difference: English into the Nineties. New Accents (pp. 132-148)
ISBN : 415016444 | Publisher : Routledge | Published : London

Special Issue of Wasafiri: The Book in the World (2007-10)
Nasta, Susheila and Fraser, Robert
Routledge, Abingdon.