Sharenting: why mothers post about their children on social media On Mother’s Day, social media feeds are often full of celebration. Facebook reported that in 2017, Mother’s Day “drove more posts in a single day than any other topic on Facebook in the last year”. For some countries, Facebook even created a temporary emoji – the purple flower – so people could fully express their gratitude for their mothers online.

Every other day, alongside pictures of cats and food, many mothers take to social media with photos and status updates celebrating the lives of their children. The term “sharenting” neatly captures this activity. These posts can be seen as moments of pride, but there has been criticism of the frequency of these parental status updates.

While parents, grandparents, aunts and uncles share images online, research shows it is mothers who post more information about their children on social media – particularly when it comes to family photos. It’s also mothers who are largely the focus of disapproval and judgement for their sharenting.

Those irritated by sharenting describe posts as “dull”, “repetitive” and “just plain annoying”. Some find it irritating enough to set up social media groups such as STFU Parents, formed around the idea that they are being “driven crazy” by baby and child updates in their social networks.

Sharenting has also been heavily criticised as a form of digital narcissism. But more than this, it is also seen as one long parental “humblebrag”, defined as: “An ostensibly modest or self-deprecating statement whose actual purpose is to draw attention to something of which one is proud.” Here’s an example from an article in the Huffington Post:

Tripped over on my way home from collecting Jemima from her GRADE SEVEN cello exam. What an idiot. 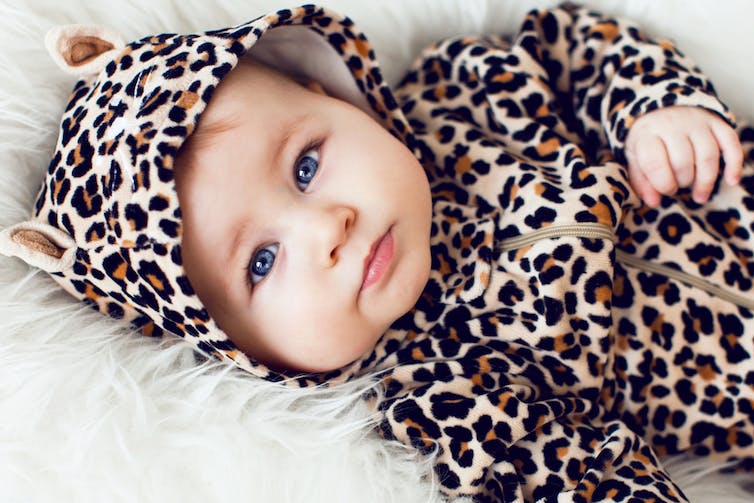 Made for social media. via shutterstock.com

The link between humblebragging and pride suggests that parents – and mothers in particular – face a real ethical struggle when posting about their children and families online. While pride can take on both positive and negative connotations, it’s also an emotion associated with “good” parenting. Research shows that expressions of parental pride are associated with the moral development of children, and on good-quality child raising – upon which childhood outcomes depend.

A matter of pride

In our own research we asked 15 mothers to show us some of their posts about their children and family and tell us about their experiences.

We found that mothers were most likely to use the word “proud” when posting about their children in relation to specific achievements such as competitions or passing exams. Given that pride is a social expectation of good parenting, it’s not surprising that mothers didn’t see their own expressions of pride on social media as a problem. Instead, our participants used it as a key justification for posting child-related content. 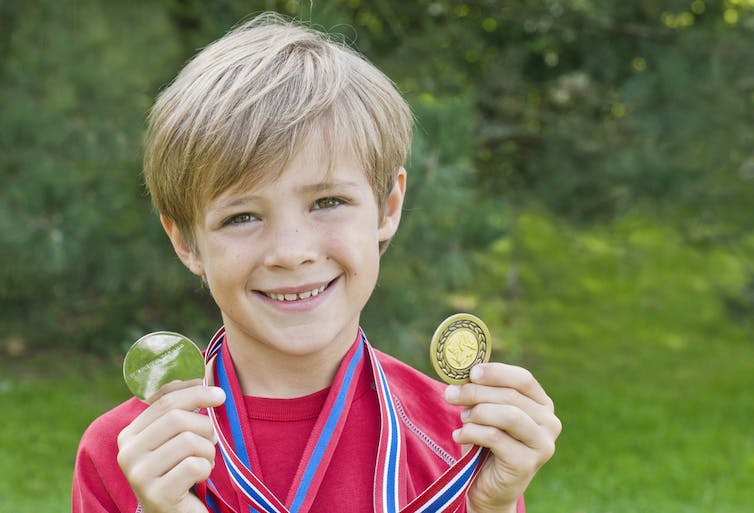 Of course, my son won. via shutterstock.com

Our research also suggests that expressions of parental pride online are linked to increased social demands placed on parents. Parents, and particularly mothers, are socially expected to invest heavily in terms of time, care and labour. They’re expected to ensure that not only do their children thrive, but that they excel in relation to their peers. Social media becomes one way parents can visually demonstrate how they are meeting these parenting demands.

A cause of conflict

Digital demonstrations of good parenting become increasingly complicated as children grow older. One example of this from our research focused on a family argument around a young girl’s rights over an unflattering school photo posted by her “proud” dad on Facebook. The daughter disliked the photo enough to report her father to Facebook’s administrator when he refused to take his post down.

She was worried that it would be seen by her friends and classmates and that she would receive negative comments at school. However, her mother told us that Facebook supported the father’s right to keep the post in circulation in this case. What is a source of pride to parents can nevertheless be a source of disruption to the child’s life – both on and offline.

Our research also suggests some mothers believe that by posting updates about their children online, they can try to avoid digital conflict by keeping everyone involved. Mothers often treat their online sharing as a means of maintaining close connections and relationships with others in their social network. This parallels findings on family relationship maintenance offline, which suggest that women engage more frequently than men in communicating updates to other family members through letters and phone calls.

For the mothers who took part in our study, it was important that the photos and updates they chose to share expressed something about the closeness of their family – and something genuinely nice about their children. Rather than seeing mothers’ updates simply as “sharenting”, our research indicates that these are online expressions of mothers’ love and care in the digital age.