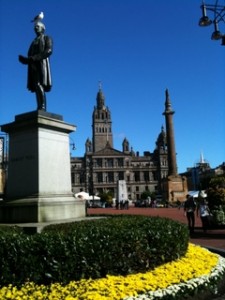 I’m now home and conferenced out (not helped by problems on the East Coast Main Line on Friday evening). The Physics Higher Education Conference (PHEC) (in Glasgow this year) was considerably better than when I first attended the event. Some of the presentations, probably including mine, were a bit predictable and some (definitely not including mine!) were based on rather flimsy self-reported evidence of student behaviour. However there were also some excellent presentations, two excellent workshops and two excellent keynote talks.

A ‘byte-sized’ (5 minute) presentation from Vijay Tymms of Imperial College has really got me thinking. His title ‘Is repeated testing at school causing physics undergraduates to become more extrinsically motivated?’ really says it all. Students certainly seem to be becoming more extrinsically motivated in that they care more about their marks that about learning. But why is this? Vijay wonders if it might be the fault of all the testing that the National Curriculum has brought into schools? That’s certainly a possibility (as is ‘grade polishing’ by repeating AS and A-level modules). Both of these things could probably be investigated by a comparison with students from other countries. I also wonder if the increased emphasis that is placed on the importance of ‘good degree’ for employment might be significant.