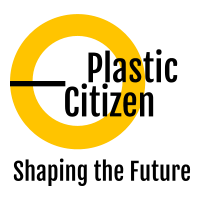 By Dr. Charlotte Dean, University of Hull; School of Education

This article describes how young people participating in the University of Hull’s Plastic Citizen project utilised nQuire to tackle a question that they had around exploring adult’s perceptions of and attitude towards single use plastics.  The Plastic Citizen project was just one of several projects, within the University of Hull’s Engineering and Physical Sciences Research Council (ESPRC) funded Evolving a Circular Plastics Economy (ECPE) programme, which had the overall aim of tackling some of the key issues and challenges around the problems caused to the environment by excessive use and disposal of single-use plastic. The Plastic Citizen project aimed to do this specifically through examining the attitudes and approaches of young people to the issues relating to the circular plastics economy and by empowering them to undertake and share their own research using Citizen Inquiry methodologies. This transdisciplinary project brought together researchers from three different areas in the University of Hull (Education, Politics and Chemistry), along with external stakeholders such as community-based youth projects, schools and specialist education providers.

The overall objectives of the project were to:

The project was split into three phases, it started by exploring the ‘voice’ of different youth groups to identify what they understand about issues related to single-use plastics and how they believe they can influence and impact upon it. This information was then used, to develop a participatory research design which included young people as co-researchers in designing their own individual projects aimed at engaging them in the circular plastics economy. The intention was that each of the six groups of young people that the project engaged would work either individually, in small groups or as a whole group together to design a project which would influence the circular plastics economy through tackling the problem of single use plastic utilising the 4Rs (Reduce; Recycle; Repurpose; Reuse). It was originally intended that the designs would be entered into a ‘Dragon’s Den’ type event to be held at the University of Hull in June 2020 whereby the young people would present their ideas to a panel of academics/researchers and potentially win a prize for their youth project/school. Unfortunately, this event was cancelled due to the onset of the COVID-19 restrictions which were put in place in March 2020.

The young people were given the following guidelines and asked to ensure that their projects:

One of the groups of young people (consisting of 30 mixed gender young people in Year 5 – aged 9-10, these young people were from 15 different primary schools but came together as one group to participate in the project across 5 sessions) decided that they wanted to explore the perceptions of adults towards single-use plastics in order to ascertain any actions that could be implemented to influence their actions and attitudes towards recycling, re-using, re-purposing and reducing their use of plastics. The group adopted the approach of facilitating a Citizen Inquiry ‘mission’ using the online interactive survey tool created by the Open university – nQuire. The young people had no prior experience of working with an online platform such as nQuire and so the researcher spent time outlining and demonstrating the capabilities of the programme. It became clear that the young people were struggling to understand how to create and populate the survey fields and it was decided that the researcher would work instead with the young people to create their own potential questions that they would wish to pose to adults and decide on which response style suited each question i.e Likert scale; multiple choice; comments etc.  The researcher then created the ‘mission’ using nQuire and shared this with the children in order to elicit feedback and amend as appropriate.

The subsequent ‘mission’ was set to pilot mode and permission gained for the young people to engage with local shoppers in a large city centre shopping centre. The young people were equipped with iPads all logged in to their particular ‘mission’ and also designed an accompanying observation log with which to record how nQuire worked as a research tool. The young people then met again to apply a thematic analysis approach to their findings which are currently being written up by the young people and will form part of the end of research report. 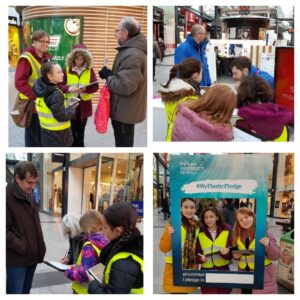 Other notable outputs for the overall project have been the creation of two user-designed digital ‘apps’ to engage and educate primary school children in activities relating to the 4R’s. The young people involved in the various projects have also produced a number of learning resources, again, designed to be used with younger children. These include a set of jigsaws based around the 4Rs; a series of posters to be displayed in schools/youth settings to encourage young people to recycle their plastics; designs for recycling bins to be installed in a school dining hall for children to recycle any single use plastics in their packed lunch boxes; planters made out of recycled plastic to be installed in a school playground for growing edible produce; a story book, aimed at younger children containing fun facts about how children can contribute towards a circular economy and an animated film made with a local arts production company which will be available on YouTube and will also be linked to supporting activities and resources on the project website.

The majority of young people feel their generation is under pressure to solve environmental issues such as climate change and plastic pollution but do not think they are well-enough equipped to make a difference (Young, 2019). This project moves some way towards resolving this issue through placing young people at the forefront of identifying, researching and developing collaborative approaches to teaching and learning resource deficits through the co-creation of a needs-led, responsive Citizen Inquiry led solution.

Young, S. (2019) World Environment Day: 80% of teens feel under pressure to save the planet, but aren’t learning how. Accessed online on 14/05/20 at https://www.independent.co.uk/life-style/teenagers-save-planet-world-environment-day-2019-climate-change-plastic-pollution-protest-a8945131.html