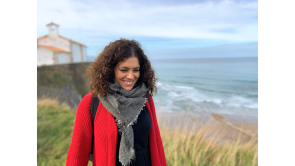 I am a critical social/health psychologist who joined the Open University in February 2014 and got promoted to Senior Lecturer in 2018. Prior to that, I held a Lectureship at Northampton Business School (2011-2014). I have also been visiting professor in a number of places in UK (e.g. University of Southampton, Lincoln)  and in Spain, at the Health and Clinical Psychology Department of the Autonoma University of Madrid.

Interplay between work-health. I am interested in the ways work can make us ill, and how certain coping strategies may exacerbate this situation.  Specifically, I have researched emotional labour, work-home boundaries, burnout, counterproductive coping strategies like compulsive work or compulsive internet use and the effectiveness of psychological interventions. This was the main focus of my early academic work, which began with my PhD and was subsequently extended partly by the funding secured through successful bids like:

Motherhood, identity and health. I am interested in examining social constructions of (good) motherhood, and the identity work mothers engage in as they  raise their children. I am also interested in mothering practices,  and ways in which adherence and/or resistance to dominant motherhood discourses influences mothers’ mental health.  A couple of recent projects in this area include a psychosocial intervention on new-mothers’ guilt and a critique piece of the breastfeeding “breast is best” slogan.

I have developed a view of psychology as an open field in necessary dialogue with relevant social sciences like anthropology, sociology and philosophy. In the beginning of my career,  my research methods were grounded in positivism. I used a number of research designs including randomized controlled trials, quantitative diary studies and large scale surveys. Whilst I still see the value and continue to use quantitative methods when required, my research experience and my cross-disciplinary work have led me to adopt a constructivist stance, which allows me to use a variety of qualitative designs and methods like autoethnograpy and reflexive thematic analysis.

At the OU,  Cristina  was the Qualification Lead for the MSc in HRM until 2019 and worked in different module teams like  "People and Organisations" (B628), and the MBA elective module "Creative Management" (B842). She has chaired the MSc compulsory modules "The HR Professional" (B863),  "Workplace Learning with Coaching and Mentoring" (B867).

Cristina collaborates with the Health psychology Research Team from the School of Psychology at the Autonoma University of Madrid.