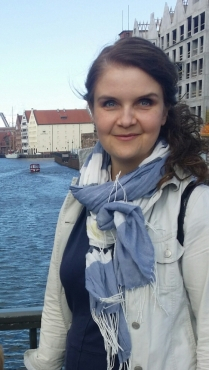 I have joined the Department of English and Creative Writing as a Staff Tutor in English in 2021, having previously worked extensively at the Open University in a range of roles within the Faculty of Arts and Social Sciences, including those of an Associate Lecturer and Arts Faculty Manager in the former Cambridge Regional Centre. As a literary scholar I have studied at the Jagiellonian University in Krakow, Poland, The Open University, and The University of Essex, where I have graduated with an MA in Literature: Fiction and Modernity (with Distinction) and an AHRC fully funded PhD on the Indian Novel in English. I have since published and presented, both internationally and within the UK, in the area of Postcolonial Literatures and, in particular, the Indian Novel in English. I am a Fellow of Higher Education Academy and a holder of a PGCE in Post-compulsory Education. I am also a member of the Postcolonial and Global Literatures Research Group at the Open University, as well as a Visiting Fellow in the Department of Literature, Film and Theatre Studies at the University of Essex.

My research interests lie in the area of Postcolonial Literatures, and particularly the Indian Novel in English. Focusing on the latter, my doctoral thesis explored what happens to a cultural product when it is moved across contexts of cultural productions and receptions, including the way in which the Indian English Novel has participated in the process of decolonisation. The question of the dynamic interactions between literature and its cultural and political contexts continues to inform most of my scholarly work. My broader research interests include Shakespeare and the Early Modern period, the Nineteenth and Twentieth Century novel, critical theory, and intersections between Postcolonialism and Postmodernism.

Clarke, A., (2006) 'Hybridity and Syncretism in Arundhati Roy's The God of Small Things' in Heidemann, F. and de Toro, A. (eds) New Hybridities: Societies and Cultures in Transition, Hildesheim

Clarke, A., (2017) '“Lost in Translation”? - Identity, Migration and (Trans)Nationalism in Anita Desai’s Bye-Bye Blackbird', Texture: A Journal of Humanities and Social Sciences. 1 (1), available at http://barjournal.online/archive.php

Clarke, A., (2007) 'Cultural Identities in the Context of Migration - Anita Desai's Bye-Bye Blackbird' in Proceedings of The 10th International Cultural Studies Symposium, May 2005: When 'Away' Becomes 'Home' - Cultural Consequences of Migration, Ege University Press, Izmir, Turkey

Clarke, A., (2008) '“Hoist with his own petard”: The Indian English Novel', The Novel and Its Borders Conference, Aberdeen, United Kingdom, July 2008

I have taught extensively on OU modules across all levels of undergraduate study including Shakespeare: An Introduction (A177), Cultures (A112), Reading and Studying Literature (A230), The Nineteenth-Century Novel (AA316), Shakespeare: Texts and Contexts (AA306), English Literature from Shakespeare to Austen (A334) and Post-Colonial Literatures in English (A430). I have also contributed to module materials on Reading and Studying Literature (A230), Telling Stories: The Novel and Beyond (A233), and English Literature from Shakespeare to Austen (A334). On A233, where my work on language, hybridity and dialogism in the writings of Roy is one of the recommended critical readings, in 2019 I recorded an audio-resource podcast in which, building on my contribution to Routledge Guides to Twentieth Century Literature: Arundhati Roy's The God of Small Things, I was interviewed, alongside Ania Loomba and Elleke Boehmer, on the work of Arundhati Roy. More recently, in 2021, I have collaborated on A334 in the recording of a podcast with an academic round-table discussion on Early Modern drama, and particularly Thomas Kyd's The Spanish Tragedy.

Outside the Open University, I have taught extensively at the University of Essex and Anglia Ruskin University, where I designed and delivered undergraduate and postgraduate modules in Literature from the Early Modern to the present, including my award winning teaching, and curriculum design, in the areas of Critical Theory, The Nineteenth and Twentieth Century Novel in English, and Postcolonial and World Literatures.

Having focused much of my academic career on teaching, as well as having engaged with community groups in developing and delivering programmes of Adult Education, especially in the field of Shakespeare and Early Modern studies, outside the university sector, I have an ongoing interest in the scholarship of teaching and learning, as well as widening participation and the social impact of open access life-long learning. I have recently served on the EDI project on the Inclusive Curriculum Review in the Faculty of Arts and Social Sciences, and I am currently a Core Team Member on a scholarship project which addresses Closing the Black, Asian and Minority Ethnic Enquirer and Recruitment Gap in FASS. As a member of the former OU Marketing and Outreach team in the East of England I have vast experience in community engagement on widening participation outreach projects. Outside the academia, I have also engaged in research into improving literacy outcomes as a consultant for the education and business sector.

I have collaborated closely with scholars outside the UK, including academics in India, Yemen, USA and Germany, working on a range of publications in the area of Indian novel in English.