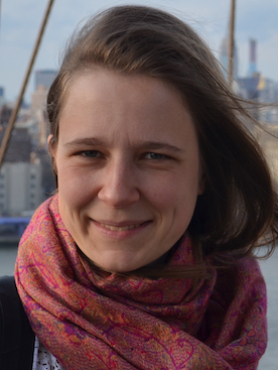 Beside my role at the Open University, I am also a short-term research associate at the University of Oxford.

I am a cultural and political ecologist with a focus on urban ecologies.

1) The political economy of urban nature

When approaching these questions, I put a particular emphasis on environmental work, its management, and its politics; a focus which encompasses professional, volunteer, and more-than-human work.

2) The changing role of plants in urban environmental management

A second strand of my research investigates how emerging knowledge of plant intelligence and capacities is reshaping ideas about the role of plants in urban environmental management, in areas as diverse as urban design, ecological management, and air pollution mitigation. This research informs a new book, entitled The Work that Plants Do (co-edited with Franklin Ginn and James Palmer, both at the University of Bristol, and forthcoming with Transcript), which will advance a new vocabulary for theorising emerging vegetal economies.

In the near future, I am hoping to develop a research agenda on the role of digital infrastructures in shaping plant-based environmental management. I recently conducted a pilot project on the role of connected sensors and the Internet of Things in putting moss to work for urban air pollution mitigation (with James Palmer, University of Bristol).

Finally, my third area of expertise is in qualitative methods, with a particular interest in qualitative digital methods and filmic geographies. I have made four research films and published about film-making as embodied method in social and cultural geography. I have also used film-making as a method for stakeholder engagement. In my current work, I am interested in extending my work with digital technologies to sensors.

I have developed this expertise through my involvement in a variety of research projects:

Since the beginning of the UK Government’s austerity agenda in 2010, funding for urban parks and green spaces has decreased dramatically, and new management solutions based on blending public and voluntary sector delivery models are being explored through collaborative work between local authorities and third-sector organisations. This project examines how large third-sector organisations attempt to re-shape the work of local authorities in park management. I am the Principal Investigator, and work in collaboration with Dr Alex Vasudevan (University of Oxford).

This research, led by Dr Ludovic Halbert (CNRS, UMR LATTS), seeks to understand how national austerity policies shape the way local authorities in France implement and finance urban sustainability initiatives. The project focuses on six cases across France. I am a partner and researcher on this project.

Following years of austerity and a massive decrease in workforce, urban public parks in the UK rely increasingly on the work of volunteers. This research examined how consent to work for free is manufactured, and how volunteering is redefined and revalued when it becomes the main mode of delivery of a public service. It also examined the role of specific materialities – both bodily and more-than-human – in mobilising volunteers. I was awarded an EarlyPostdoc.Mobility fellowship to conduct this research, which I conducted while hosted at the University of Oxford as Honorary Research Associate.

This project, led by Prof. Juliet Fall (University of Geneva), examined how new ideas about urban nature, as lively, inventive, and mobile, reshape the way urban space is conceived and managed. As a PhD candidate, I researched the way in which urban biodiversity is governed and managed through new bureaucratic logics, work practices, and citizen participation.

This project, led by Prof. Juliet Fall (University of Geneva), and conducted in collaboration with Dr Laurent Matthey and Dr Irène Hirt, investigated the emergence of biosecurity policies in the transboundary region of Geneva. It explored the role of naturalistic science in shaping policy and analysed modes of communicating this sensitive issue to the public. I contributed to the project as research assistant and co-authored one of the outputs.

I have an extensive teaching experience, which spans social, cultural, and political geography; the geography of nature, urban ecologies, and conservation; and a range of qualitative methods, including film-making, which I taught both at the Universities of Geneva and Oxford.

At the Open University, I am involved in the production of DD325: Researching Geographies of Change, and in the presentation of DST206: Environment: Sharing a Dynamic Planet; DD319: Environmental Policy in an International Context; and SDT306: Environment: Responding to Change.

At the moment I am co-supervising three PhD students:

I am welcoming applications from prospective students with an interest in urban political ecology, plant geography, more-than-human political economy, environmental work, and visual and digital methods.