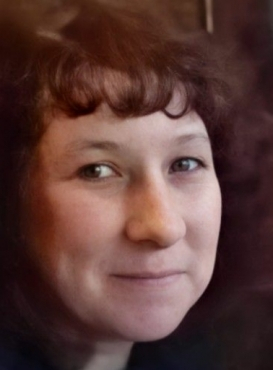 My Master’s research thesis (University of Sheffield, 2002) was on African American women’s writing, a topic that led, by way of research into Harriet Jacobs’s 1861 slave narrative Incidents in the Life of a Slave Girl and its contexts, to my PhD thesis on the writings of the American abolitionist author Lydia Maria Child (Lancaster University, 2006), including An Appeal in Favor of that Class of Americans Called Africans (1833), Anti-Slavery Catechism (1836), Philothea (1836), Authentic Anecdotes of American Slavery (1838), Letters from New York (1843 and 1845), The Freedman’s Book (1865), A Romance of the Republic (1867) and various short stories for children and adults published in periodicals between the 1820s and the 1860s.

I became a Fellow of the Higher Education Academy in 2010, after completing my Postgraduate Certificate in Academic Practice (English Literature subject specialism) with the Open University in 2009.

I am interested in representations of sea voyages and the sea in literature and connections between maritime activity and literary culture. How have sea voyages been represented in literature, and how has this changed over time? In what ways have sea voyages been used as a metaphor? What influence have developments in cartographic representations of the sea and oceans had on literary representations of voyages? How have film makers exploited the creative possibilities of their medium to represent sea voyages on the screen? What impact has maritime activity had on reading and writing practices since the sixteenth century? Works for exploration and analysis include renaissance drama such as Shakespeare's The Tempest, eighteenth-century satire such as Jonathan Swift's Gulliver's Travels, tales contained in Arabian Nights' Entertainments such as 'Sindbad the Sailor', the slave narrative The Interesting Narrative of the Life of Olaudah Equiano, or Gustavus Vassa, the African, Written by Himself, Samuel Taylor Coleridge's Romantic era poem Rime of the Ancient Mariner and its illustrations, Hans Christian Andersen's fairy tale 'The Little Mermaid', Herman Melville's nineteenth-century novel Moby Dick and its intertexts, Toni Morrison's representation of the Middle Passage in Beloved and early twenty-first century works such as Yann Martel's shipwreck novel Life of Pi and Disney's musical animation for children Moana. I am also interested in the representation of animals, real and imagined, as they appear in some of these works, for example the albatross in Rime of the Ancient Mariner, the whale in Moby Dick and the tiger in Life of Pi. In what ways has the relationship between human and animal in the seascape been represented in literature? What does the presence of sea monsters on renaissance maps of the sea and oceans mean for our understanding of the history of the book and of ideas? What impact is global warming having on literary representations of our relationship to the sea and oceans? Within this context my research considers issues of race, gender, class, language, migration and the future.

I am an Associate Lecturer and currently teach:

A111: Discovering the Arts and Humanities.

A233: Telling Stories: the novel and beyond.

My teaching interests centre on blended approaches to teaching and learning in the Arts and Humanities and in English Literature. I have conducted research into online learning from a student perspective as part of my Postgraduate Certificate in Academic Practice, and have continuing interests in how best to harness the benefits for students and for tutors of digital resources.

I am currently collaborating with researchers at IBAR (Institute for Black Atlantic Research) at the University of Central Lancashire in Preston on a project to investigage the relationship of the Manchester Literary and Philosophical Society to slavery and abolition between 1780 and 1865.