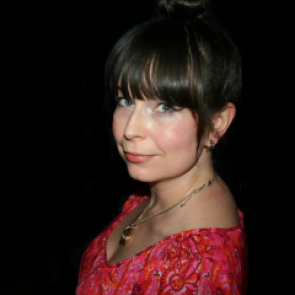 Amy is an academic, curator and researcher with wide-reaching interests from art and graphic design, to museums, their collections and the stories they tell.

She has an academic background in art history, museum and heritage studies, with a particular interest in how propaganda art and design from Twentieth Century China and most recently, Chinese Diaspora communities, are collected, interpreted and displayed in British museums.

Amy has worked in museums as a curator and researcher, and has taught art history and museum and heritage studies at Loughborough University, the University of Warwick, the University of Leicester and De Montfort University. She has also worked as a heritage consultant, producing interpretation plans and undertaking audience development research for HLF-funded projects across the UK. Between 2010 and 2012, she was part of the exhibition development team for 'Suits and Saris', at New Walk Museum & Art Gallery, Leicester, which was part of the East Midland's 'Dress the World' strand of the 2012 Cultural Olympiad.

In 2015, she undertook a cataloguing project of post-1949 Chinese posters in the British Library's collection, funded by the British Inter-University China Centre (BICC). This project has enhanced the visibility of the collection and has made the posters more accessible to a wider audience of researchers.  Since November 2019, Amy has been employed as a Staff Tutor in Art History at the Open University.

Amy is the author of a monograph, Museum Representations of Maoist China (Ashgate/Routledge, 2014) and several edited volumes; the most recent of which is A Museum Studies Approach to Heritage (Routledge, 2018). She has been a reviewer for Museum and Society, Nordisk Museologi, Routledge and Channel View Publications.