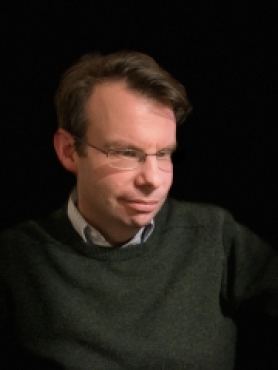 I read music at Christ Church, University of Oxford, completing my BA in 1997 and an MSt in 1998. I returned to Christ Church in 2002 to read for a DPhil in musicology (supervised by Prof. Peter Franklin), completing it in 2006 with the aid of a University Graduate Studentship, a Halstead Scholarship, and a Wingate Fellowship. From 2006 to 2008 I was University Research Fellow in Music at City University, London, and from 2008 to 2009 I was an Early Career Research Associate at the Institute of Musical Research, University of London. From 2009 to 2011, when I took up my position at the Open University as Lecturer in Music, I was a college lecturer at Christ Church, Oxford. I've also taught at Oxford Brookes, Bristol, and Surrey Universities, at Royal Holloway University of London, and at City University, London.

I'm also a conductor and a violinist, performing regularly with the Brandon Hill Chamber Orchestra in Bristol. As a conductor, I've worked with the composers Thomas Hyde, Paul Patterson, and Sir Peter Maxwell Davies, conducting a gala concert in the presence of Max in honour of his 70th Birthday.

My primary research interests are in the area of film music and Viennese modernism. My first book, Erich Wolfgang Korngold’s The Adventures of Robin Hood: A Film Score Guide (Scarecrow Press, 2007) was described by Janet Halfyard as an example of ‘outstanding documentary research…meticulously scholarly’ while Jack Dubowsky noted that ‘Winters capably wears all the hats of critical theorist, historian, musicologist and compositional analyst.’ My second monograph, Music, Performance, and the Realities of Film: Shared Concert Experiences in Screen Fiction (Routledge, 2014) was described  by Douglas Knight as “[achieving] the rare feat of both finding fertile new ground and exploring it with a bracingly fresh perspective… [It is c]onstantly compelling, erudite, and gracefully argued.” In 2017, I co-edited The Routledge Companion to Screen Music and Sound with Miguel Mera and Ronald Sadoff, of which Mervyn Cooke said “It would be difficult to imagine a more wide-ranging or more skilfully assembled collection of essays on the richly varied subject of screen music and sound than this magnificent book" and co-edited Music, Modern Culture, and the Critical Ear (Routledge, 2017) with Nicholas Attfield.

I've published on film music and the music of Korngold in a number of journals—including Music & Letters, Journal of the Royal Musical Association, Cambridge Opera Journal, and Music, Sound, and the Moving Image—and have contributed essays on film music to many edited volumes, including The Cambridge Companion to Film Music and The Oxford Handbook of Cinematic LIstening.  I am a co-editor (with James Deaville and Kathryn Kalinak) of Ashgate's Screen Music Series, and am a co-editor of the journal Music, Sound, and the Moving Image. I'm also on the editorial board of American Music.

At the Open University, I'm currently chair of A234 Understanding music, and am in charge of the School's developing Film & Media curriculum. I have contributed module material to all levels of study, including A113 Revolutions, A234, A342 Central questions in the study of music, and the Music MA (A873 and A874).

I'd welcome expressions of interest from potential PhD students in the areas of screen music (of all kinds), the music of E W Korngold, Viennese modernism of the fin-de-siècle, and orchestral music of the nineteenth and twentieth centuries.