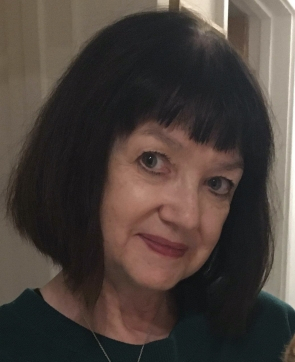 I am a part-time PhD student in Classical Studies.

I first started studying with the Open University in 2007 after my elder daughter had embarked on her own university degree. I began with a short 'Openings' course before going on to pursue a part-time degree in Humanities for which I was awarded First Class Honours in 2013. Although I deferred my graduation to 2014 I was still lucky enough to be able to attend a ceremony in Versailles - the last year this venue was offered. I am passionate about interdisciplinary study and so, for my degree, I chose a broad pathway taking three Level 3 modules in Children's Literature, Classical Studies and Art History. For my Art History EMA I also incorporated my interest in Classics with an analysis of the frescoe by Raphael entitled, The Triumph of Galatea.

I concentrated on Classical Studies for my MA (also at the OU) where I gained a Distinction. My Dissertation incorporated my love for Art History being a diachronic study of the goddess Aphrodite examining three different pieces of art in three different media from three different time periods.

The subject areas of my Art History EMA and MA Dissertation reflect my interest in the conception of beauty but for my PhD I decided to flip this idea on the head and study ugliniess and the 'monstrous' instead. My thesis examines the idea of fictional monsters as cultural metaphor for the 'Other' through a re-analysis of the ancient Cyclops, Polyphemos and the Creature from Mary Shelley's Frankenstein.

Thesis title: Monsters as the Other: A Defence of Polyphemos from Homer's Odyssey to Mary Shelley's Frankenstein.

Monsters are usually considered repugnant – loathed and vanquished by those who encounter them, and only rarely accepted and loved. Yet, despite the surge in interest in Monster Studies in recent years, this aspect of the monster’s plight has not been given serious attention by scholars so far and few have undertaken an in-depth study from the perspective of any one particular classical monster or considered his hero (or god) antagonist within the context of Monster Studies. Also largely overlooked by the majority of scholars is casual written correspndence between Mary Shelley and her close friend, the essayist and poet Leigh Hunt, where she remarked that she had written a 'defence' of the classical Cyclops, Polyphemos. Building on this correspndence I will be conducting a diachronic comparative study and in-depth reappraisal of the Cyclops and his hero/divine fellow antagonists and searching the selected ancient texts that feature Polyphemos for aspects that could have prompted Mary Shelley to write a defence in his favour.

The main texts I have selected for close reading are: Homer’s epic poem, the Odyssey (c.8th century BCE), Euripides’ satyr play, Cyclops (5th century BCE), the pastoral poetry of Theocritus’ Idylls VI and XI (3rd century BCE), Ovid’s poem, Metamorphoses (1st century CE), and MWS’s novel, Frankenstein (19th century CE). However, I will also be giving in-depth consideration to other relevant texts, both ancient and modern, during the course of my study, and will also engage in depth and detail with a number of visual depictions of Polyphemos and the Creature.

Since March 2019 I have been involved with 'Athena's Owls' - a workshop aimed at children of primary school age which promotes interest in the ancient world. The original workshops were run by two PhD students from the University of Manchester and it was my intention to extend coverage to Liverpool but due to the Covid pandemic it has had to be run online hosting competitions instead which I have helped to judge.

In November 2019 I gave a talk to inmates at HMP Stafford as part of the Students in Secure Environments (SiSE) scheme run by the Open University.

Since October 2020 I have been co-convenor of the GOTH (Gender and Otherness in The Humanities) PG Forum held on the first Thursday of each month.