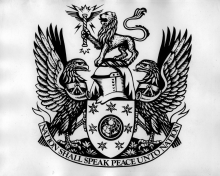 The projection of Britain - its civic and social values, political and diplomatic ambitions, its people and their way of life - is a principle of overseas broadcasting which has threaded its way through the history of the BBC World Service. At the same time, and as a news broadcaster and commentator, it has been the job of the World Service to report on and make sense of the world around it, reflecting the interaction of a diverse range of political and social cultures. These proactive and reflexive models of operation - an agent of public diplomacy and a credible news sources from the local to the global - has characterised the challenge of editorial consistency from the service's beginnings in 1932 to the present.

In that time, the context in which the BBC provided overseas services has radically changed. Originally established as an Empire Service, broadcasting in English for all those who think of Britain as home, the Second World War proved the necessity for programmes in other languages with the BBC transmitting over 40 foreign services for the rest of the century. Under the title of the External Services, output subsequently faced the challenges of Cold War geopolitics, decolonisation and major social and technological revolutions. Renamed the World Service in 1988, the end of the Cold War foreshadowed another re-gearing of broadcast sensibilities encompassing wars in the Balkans, Africa and the Middle East, and the re-emergent threats of terrorism and global economic crisis.

The course and nature of the challenges thrown up by these changes is the focus of this research topic which has aimed to deliver insight into the institutional re-imagining of overseas broadcasting in light of domestic British considerations and the vicissitudes of external global realities. This enquiry into the World Service as a geopolitical contact zone, reflecting in its broadcast function and diasporic make-up the world it reports on, has resulted in the publication of a special issue of the Historical Journal of Film, Radio and Television, 'BBC World Service, 1932-2007: Cultural Exchange and Public Diplomacy'.

From Empire to Cold War