Curious Kids: could humans live on Kepler 452-b? Kepler-452 is the name of a star in the constellation of Cygnus (the swan). It’s a star that’s similar to our own sun, but it’s too faint for us to see from Earth without a telescope.

Kepler-452 is about 1,800 light years away, which means it currently would take a spacecraft about 30m years to travel there. At least one planet is orbiting the star: it’s called Kepler-452b, and astronomers have wondered whether it could be home to alien life.

Kepler-452b is sometimes called “Earth’s cousin” or “Earth 2.0”, and some astronomers have nicknamed it “Coruscant”, which is the name of the home of the Galactic Empire in the Star Wars films.

We don’t know whether life exists on Kepler-452b, but we do know that it has some things in common with the Earth. For instance, Kepler-452b takes 385 Earth days to complete its orbit around its star, which is only a bit longer than one Earth year.

Curious Kids is a series by The Conversation, which gives children the chance to have their questions about the world answered by experts. If you have a question you’d like an expert to answer, send it to curiouskids@theconversation.com. We won’t be able to answer every question, but we’ll do our very best.

Astronomers say that the planet is in the “Goldilocks zone”, meaning that the distance of the planet from its star is just right, making it not too hot and not too cold for life to exist.

But the Earth and Kepler-452b are both at just the right distances from their stars so that water can be liquid, at a temperature between 0°C and 100°C.

Astronomers have also managed to measure the size of the planet Kepler-452b. They can do this because the planet passes in front of its star once every orbit, as seen from Earth.

When the planet does this, it blocks a small part of the star’s light, so that it gets a bit fainter for a few hours. By measuring the amount of the dip in light, scientists have worked out that Kepler-452b is about one-and-a-half times the size of the Earth. 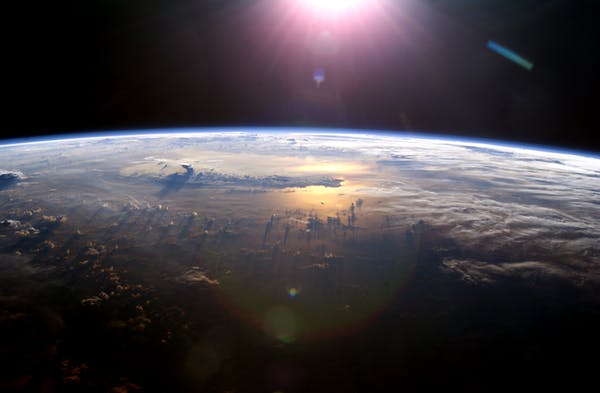 If the star Kepler-452 was closer to us, and therefore brighter, astronomers could measure how much it wobbles as it’s pulled backwards and forwards by the planet orbiting it. They could then use that measurement to work out the mass of Kepler-452b.

This is not possible, but we can still make a good guess about the mass of the planet. If it’s made of rock (like the Earth), then the mass of Kepler 452-b must be about five times greater than Earth’s.

This would mean that gravity on the planet is about twice as strong as on Earth, so you would weigh twice as much there as you do here, and it would be twice as hard to jump.

Other things about Kepler-452b are much more uncertain, but if it really is a “super-Earth” sized planet, then it may have lots of active volcanoes. It may also have a thick atmosphere with clouds covering most of its surface.

We don’t know what the atmosphere of the planet is made of, so we don’t know whether you could breathe the air there. It’s very unlikely to be the same mix of oxygen and nitrogen as the Earth’s atmosphere though.

Kepler-452b may not be exactly like the Earth, but it’s probably the most Earth-like planet that astronomers have found so far.

The European Space Agency’s PLATO spacecraft will be launched in 2026, carrying a set of telescopes which will search for more Earth-like planets around nearby stars. PLATO will probably discover several dozen planets that are even more like the Earth than Kepler-452b, and many of those will be much closer to us.

Children can have their own questions answered by experts – just send them in to Curious Kids, along with the child’s first name, age and town or city. You can: