Day 4, Year of #Mygration: ‘An Experiment in Prejudices’ by Jennie Lee Being ‘open to people’ is a virtue of relevance to our topic of migration and beyond but it should not be taken for granted. One of the principal founders of the Open University was Jennie Lee MP, the minister given responsibility by the Prime Minister Harold Wilson in the 1960s for making a ‘University of the Air’ happen. In the 1920s, as a student at Edinburgh, she had conducted what she called ‘An Experiment in Prejudices’. She gave her student notes to the Open University. This is, we believe, the first time that her account of this particular experiment has been made public. 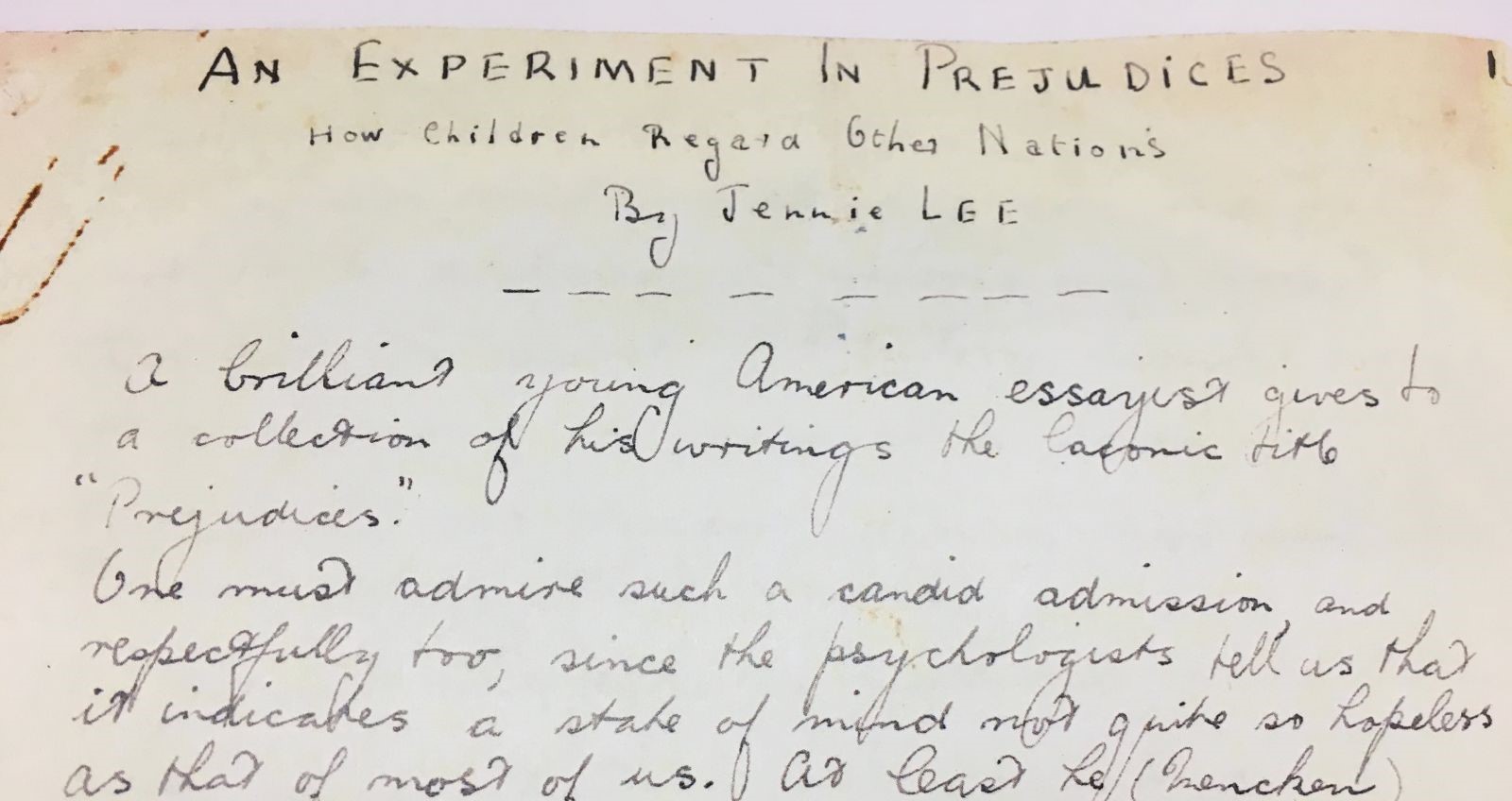 ‘if poverty and war are to be abolished, the schools must make it their duty to search for and destroy harmful anti-social germs in the mind of children as rigorously as disease germs are removed from their bodies.

‘At present this duty is neglected, with the consequence that a new generation is leaving the schools, infected with the same or similar ugly prejudices that made 1914 possible.

‘To test this deduction, I carried out an experiment with five groups of children, averaging forty-five in each group. They were selected from schools in varied environments, a rural area, a small town, a large town, a mining village and an aerodrome centre.

‘The children were given a list of the nations of the world and asked to write opposite each country whether they liked, disliked, or were indifferent to its inhabitants, and WHY.’

‘The results of this simple questionnaire were alarming in the degree to which they revealed the prejudices already stamped on the young mind by its home and school environment even though, she conceded, ‘Such an experiment takes no claim to scientific thoroughness’.

‘what an indictment of our educational system that only two out of two hundred and twenty two children had learned to do their own thinking and to reply in most cases that they had no opinion as they did not know enough to form one.’ 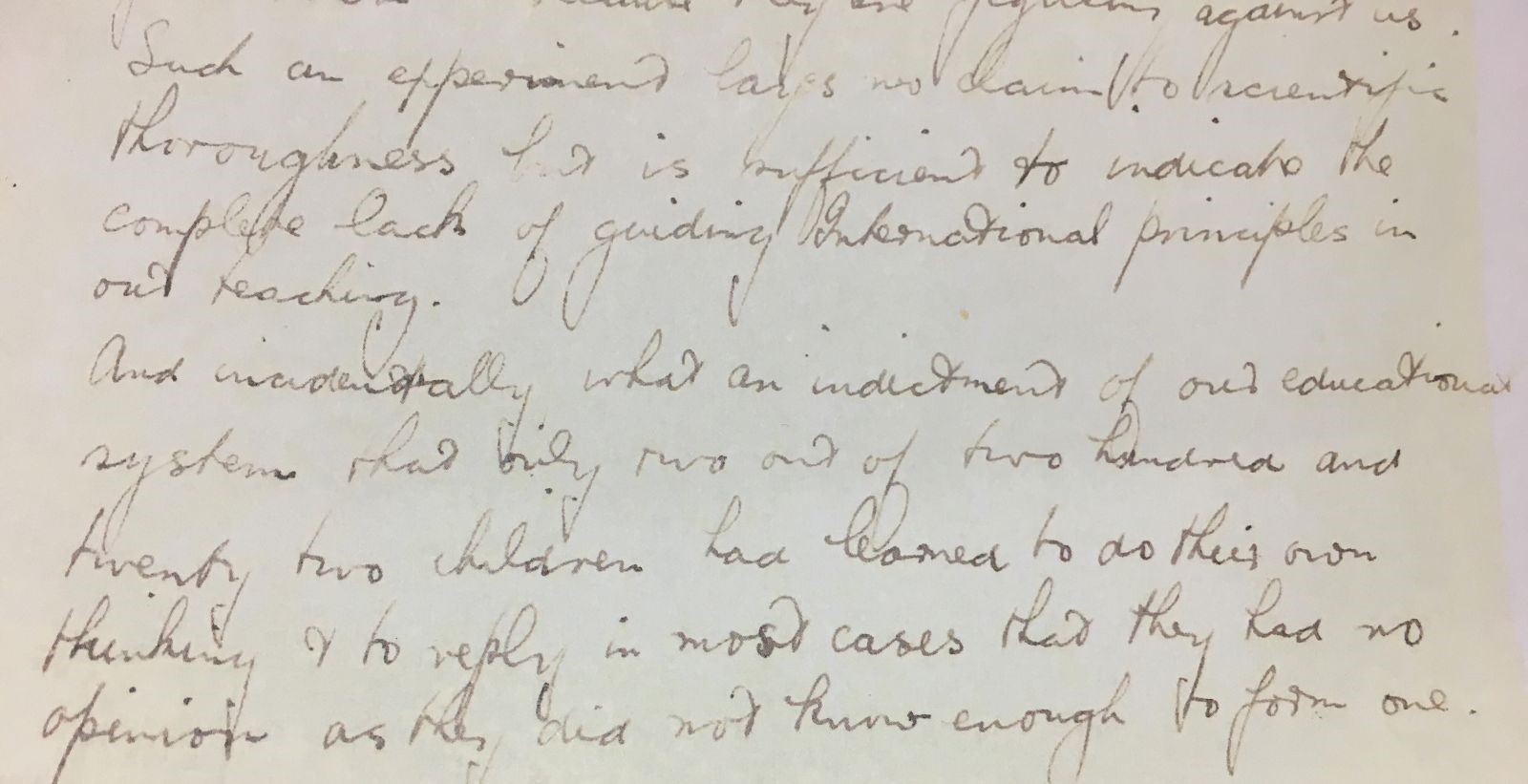 In that spirit, it should be salutary this year to learn a little more about the people, places, methods and ideas involved in migration and in research into migration. Being ‘open to people’ begins, on this approach, with recognising when we do not know enough to form an opinion on ‘migrants’, ‘refugees’, ‘asylum-seekers’, ‘immigrants’ and others, and then resolving to find out more.