The 50th Anniversary Prize in the OU’s Research Excellence Awards 2019 was presented to Professor Ian Wright, Emeritus, Faculty of Science, Technology, Engineering and Mathematics, who was a lead on the first ever landing on a comet.

The Award, presented during the year the OU celebrates its 50th anniversary, recognised exceptional and pioneering research which has significant impact and reach beyond academia.

The OU’s Knowledge Media Institute (KMi) was awarded the Team runner-up prize for being a cutting-edge research and development lab since 1995.

The prizes were presented at DoubleTree by Hilton Hotel at the MK Dons Stadium on Wednesday 23 October. 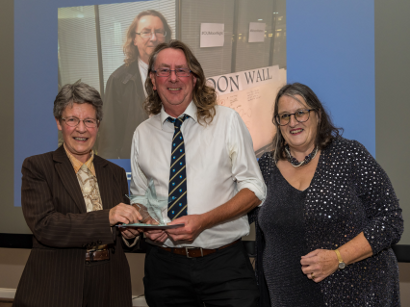 Researching Space and applying it on Earth

He was Principal Investigator of the OU’s Ptolemy experiment onboard the Philae lander that was part of the Rosetta mission, which was the first landing on a comet. He has worked with space agencies to deliver advanced spaceflight instrumentation, and applied his space-related expertise to tackle real world problems including disease diagnosis, security and environment monitoring.

Watch the video to hear more about Professor Wright's research: 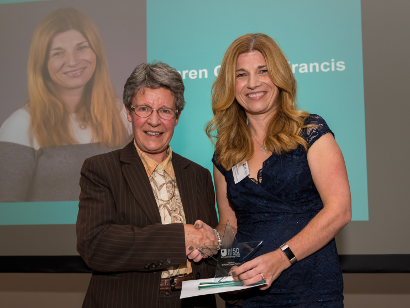 Dr Karen Olsson-Francis, who was awarded the Individual runner-up prize, is a world-leading researcher in Astrobiology, investigating the potential for life to exist beyond Earth.

Over the last decade she has built up a world-leading research group, AstrobiologyOU, comprising eight researchers, secured over £8.1 million in external research funding, published 28 world-leading publications, and made significant contributions to supporting the global research community. 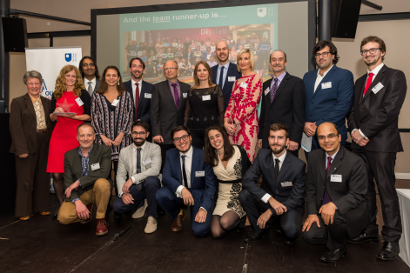 Continuing to be the most innovative university in the world

KMi constantly delivers value to the OU through its global research impact (from over 180 research projects) and as a technology innovation hub (with over 90 new technologies developed).

The KMi team is confident that the tech developments that they have in the pipeline will enable The Open University to continue to be the most innovative university in the world.