In February’s theme, “Open To Places”, I would like to highlight a hidden place that most people do not tend to see or speak about in their everyday lives: A British immigration detention centre.

In 2015 I began my doctoral research in the Faculty of Business and Law on volunteer visitors to women in immigration detention. My project is an organisational ethnography of Yarl’s Wood Befrienders (YWB), a voluntary organisation and charity that supports migrants and asylum seekers detained in Yarl’s Wood Immigration Removal Centre. I take a complete-member-researcher approach as a befriender and trustee in the charity to explore the volunteer work of befrienders and their compassionate practices to help women cope with life with detention. In this post, I provide some examples of how I engaged in the field and the social and organisational impact this has had, to make visible some of the ways in which research and advocacy could intersect.

First, what makes the UK unique to the rest of Europe is its policy of indefinite immigration detention and little to no advanced notice given to detainees about their release or removal from the UK. Uncertainty in confinement can have detrimental effects on detainees’ mental health and wellbeing. This is compounded particularly for migrants and asylum seekers who have endured previous hardships before arriving in the UK. Detainees are vulnerable and distressed, separated from their families and children and their personal relationships are often put on hold or lost. 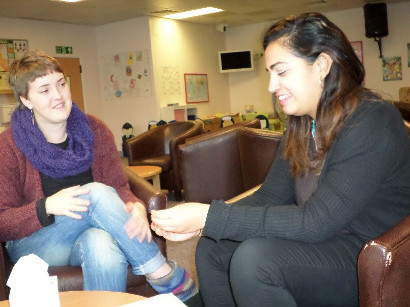 During fieldwork, from June 2016 through February 2017, I spent over 250 hours befriending nine different detainees, one-to-one, attending detainees’ bail hearings, participating in YWB committee and Board meetings, recruitment and training volunteers, and social events organised for detainees, writing funding bids and evaluation reports, and co-designing surveys and interview schedules to measure the charity’s impact on beneficiaries.

Opportunistically, towards the end of data collection I undertook a three-month OU-Santander Postgraduate Internship with YWB to write funding bids and develop their fundraising, monitoring and evaluation strategies. This was a chance to gain another inside perspective of my participating organisation and concurrently contribute to their funding needs. My consultancy work subsequently led to a total of £421,744 in grants for YWB over four years (2017-2021), improving their sustainability, and employing four members of staff. 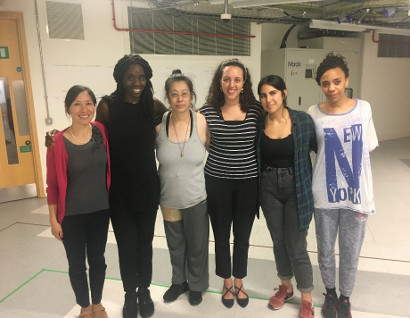 In May 2017, I assisted the award-winning playwright, Hannah Khalil, Director Sara Joyce and cast in their background research for The Scar Test, a live production about five migrant women’s stories and struggles inside a British immigration detention centre. My involvement helped them better depict the detention system and the conditions detained women endure that was brought to public audiences across the UK.

From October to December 2017, I assisted a large immigration law firm’s legal challenge against the Home Office’s policy of a 72-hour ‘removal window’ (with no further notice required to be given to detainees before their removal). Because of my close involvement supporting detained migrants throughout my research, I was able to help the legal team collect evidence from individuals and organisations in my network.

Undoubtedly my research has also personally impacted me (Vincett, 2018). Fully engaging in one’s own research requires commitment and is practically and emotionally demanding. From managing moments of anxiety and depression to overcoming compassion trauma during fieldwork, I have become a more resilient person, befriender and researcher. As I reflect back on my engaged approach to my research, I realise that it is through this approach that I have experienced the most rewarding feelings of accomplishment, while also positively impacting people’s lives.

Written by Joanne Vincett(@jovincett, a PhD student at The Open University, Faculty of Business and Law. Joanne is a complete member-researcher of her ethnographic study as a volunteer visitor to women detained in Yarl’s Wood IRC and Trustee on the Board of Directors of Yarl’s Wood Befrienders.

St Hilda’s Feminist Salon has been a space for discussing feminist ideas since 1893. Jo be taking part on a panel in February to discuss issues related to women in immigration detention in the UK.

Anyone can attend a salon, but booking is required. The salon is also available by sending in questions via Twitter (@hildasfemsalon) or Facebook.

The salon will be recorded and made available.