My CV is here.

I grew up and went to school in High Wycombe, a leafy, furniture making town in the Chilterns.  This was followed by a BSc in Physics and PhD in Biophysics (1987) at Imperial College (IC). I then held a joint postdoc funded by the Wellcome Trust between IC and the Royal London Hospital during which I constructed a visual psychophysics lab in a small room off the Neurology Ward and also occasionally visited the museum to see the skeleton of the "Elephant Man".

My research at this time was on Visual Dysfunction and my most interesting subject was a person with Visual Agnosia  who you can see in this YouTube video.  As a result of this study I became interested in modelling visual dysfunction and with a travel grant from the Royal Society I went to  Bell Labs (1990) to learn about artificial Neural Networks.  Here I became involved in the work of the Adaptive Systems Research Department on recognizing characters - handwritten or machine printed, on paper or a tablet.  Initially this was applied to automating mail sorting for the US post office, but later the technology was (and is) used by banks around the world.  This was one of the first demonstrations that neural networks could be applied to "real-world" applications.  I also developed some expertise in signature verification using Time Delay Neural Networks.  When AT&T broke up (for the 2nd time) I then worked in Project Management (I always gravitated to organising things) on a variety of telecoms projects.

When my son started school I returned to the UK and taught in schools for a few years, but I restarted my research career by joining the Open University as a Visiting Research Fellow in 2005.   Initially I worked on Robotics Activities for children, editing the English Language version of Roberta learning material, running Robotics Clubs and entering competitions - one team even won the UK RoboCup Junior and competed in the world finals in Suzhou, China (2008).  More recently I have worked as a researcher on EU funded projects.  Firstly with the ASSYST, a Coordination Action for Complex Systems, and now on agINFRA.

As a result of my involvement in a number of EU projects I'm now a dab hand at the financial tracking and reporting required to run a successful EU project.  I continue to organise things such as the group coffee club and the Complexity and Design group - here's a picture of my door plate which appeared one morning... 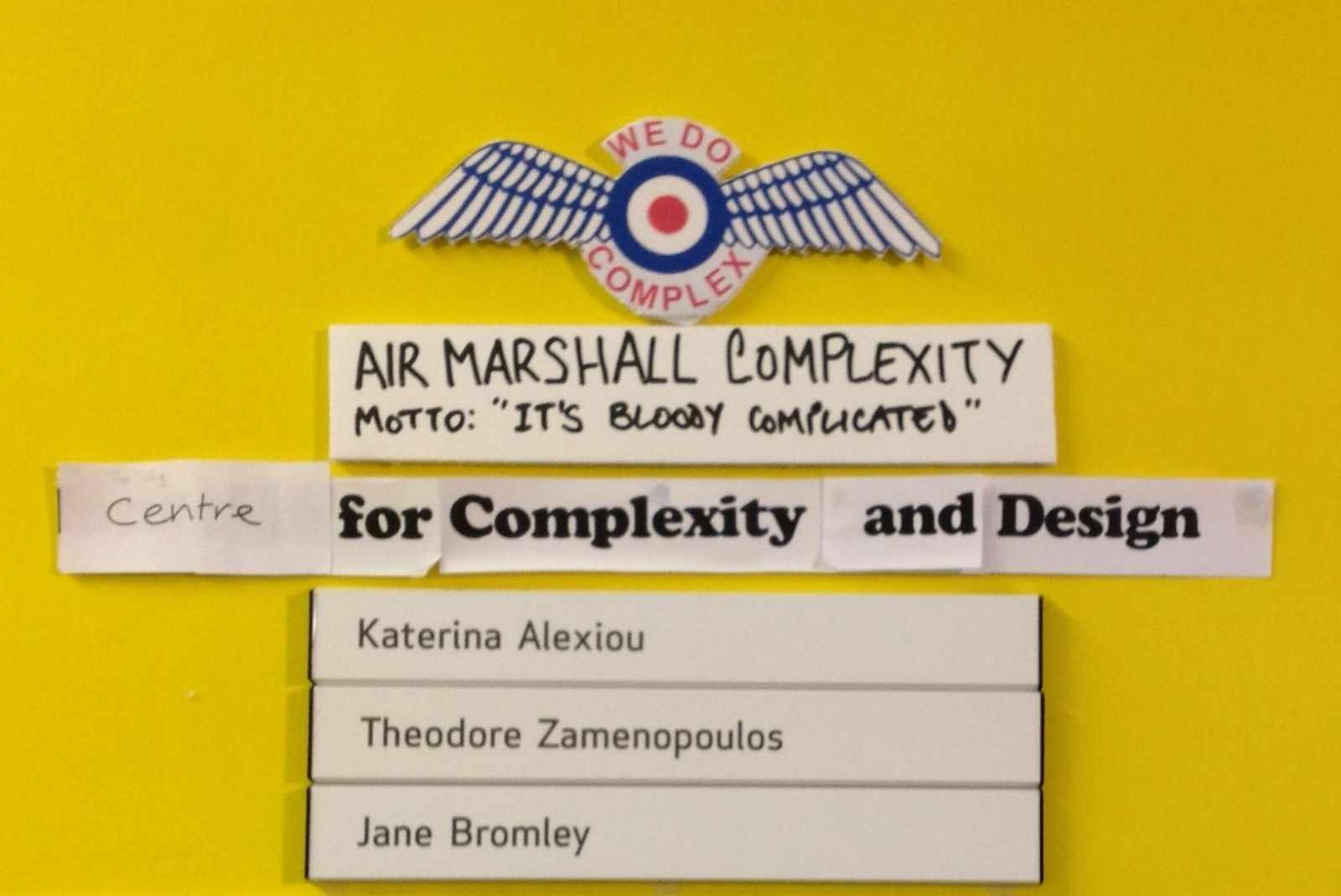 Complexity and Design (at the OU)
A highly interdisciplinary area involving fundamental research into the methods of complex systems science supported by research into the design of many domains of application.  Our current rsearch project is with the Police Consortium set up by Prof Jean Hartley.  We also have a UNESCO CS-DS UniTwin, Complex Systems Digital Campus.  See our related MOOC here:

Information extraction and data mining (at the OU)

Copy of latest paper on this work is here; submitted to special track at 8th Metadata and Semantic Reserach Conference

eg typing "select distinct ?t where {
?olu a <http://data.open.ac.uk/openlearn/ontology/OpenLearnUnit>.
?olu <http://purl.org/dc/terms/subject> ?t
}" here will give you a list of topics covered by OpenLearn - the OU's free learning material - selecting any of these topics will then list the OpenLearn webpages

Convolutional Neural Networks (at Bell Labs, NJ)
Initially for modelling the visual system, but I never got very far on this, instead becoming engrossed in projects that applied variants of the famous LeNet architecture  created by Yann LeCun to a broad variety of problems in image recognition and signal processing

The last 2 were collaborative projects with NCR.

My unique contribution, apart from training software that ran like the Disney version of the Sorcerer's Apprentice and couldn't be stopped, was introducing training on “rubbish” to improve rejection performance.

Human Vision (at Imperial College and the Royal London Hospital with Keith Ruddock and Chris Kennard)
The application of psychophysics (the investigation of the relations between physical stimuli and sensation) to the understanding of the normal mechanisms of visual processing, but also to the study of visual abnormalities in order to offer practical assistance to clinical patients.  This was experimental work using computer monitors, Maxwellian View Optical Systems , essentially an optical bench with mirrors, lenses, filters and light sources (picture) and the wonderful W. D. Wright Trichromatic Colorimeter built in the 1920s.

My first experience of teaching was over 20 years ago in the physics labs (picture below) at Imperial College.  Following this I also tutored maths (KS2 and GCSE).

More recently I have started teaching with the Open University:

I also jointly supervise a number of PhD students in the Centre for Complexity and Design.

Finally, I have studied the following OU short courses:

They were all excellent - the content was thought provoking - and I would recommend any of them, but the only one still available to study is "The story of maths".

Joanne Haigh current head of physics in the IC labs 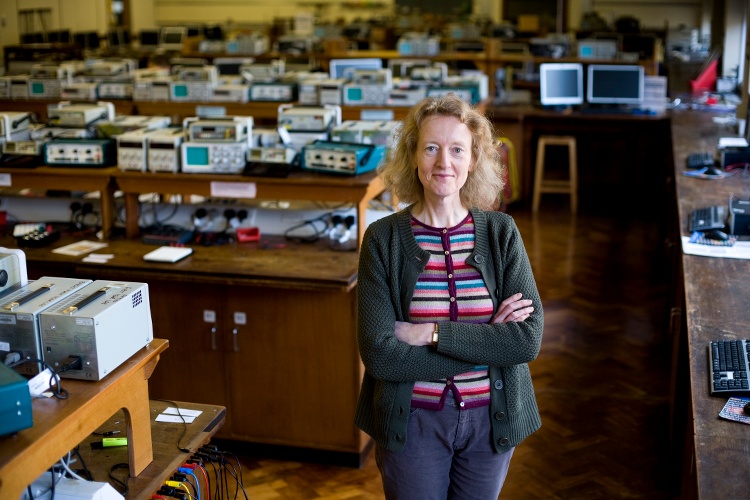