Before joining The Open University, I spent 10 years with the University of Sheffield, studying for a BA in History, an MA in International Criminology, an MA in Law, and a PhD in Criminal Justice. I am studying part-time with the OU for a BSc in Economics & Maths.

During my PhD, I completed an internship with The Sentencing Council for England & Wales, supporting the creation of new sentencing guidelines and producing theoretical papers critiquing different approaches to structured sentencing. For two years following the completion of my PhD, I managed and conducted a range of research projects for the social business, Catch22.

In January 2017, I joined the Department of Social Policy and Criminology at the Open University, supporting the development of the university's new BA(Hons) Criminology.

My main research interest focuses on the implications of national and international drug policies and practices. In particular, my work explores the links between socioeconomic inequality, consumer capitalism and young people's involvement in drug markets.

I have a continued interest in alternatives to imprisonment, particularly in relation to community sentences, suspended sentences and Approved Premises.

In addition, I have conducted research and published papers on the subjects of sentencing, deterrence, social media, serious violence between young people, and education for children excluded from mainstream schooling.

Irwin-Rogers, K., de-Lappe, J. and Phoenix, J. (In preparation) Social policy failings and rising violence between young people: Evidence from the cross-party Youth Violence Commission. To be submitted to BJCJ.

Irwin-Rogers, K. and Billingham, L. (In preparation) From Social Media to Mattering: Reframing the Narrative on Serious Violence Between Young People. Submitted to Onati Socio-legal Series.

Irwin-Rogers, K. and Shuter, M. (2017) Fairness in the Criminal Justice System: What's race got to do with it? London, Catch22.

During 2017-2018, I was a member of the cross-party Youth Violence Commission steering committee, taking evidence during expert panel sessions and providing academic support for its interim and final reports.

Based on the findings of my recent research on the links between young people’s activity on social media and serious youth violence, I have engaged in a range of impact and engagement activities, including:

Based on the findings of my research on Black, Asian and Minority Ethnic disproportionate representation in the criminal justice system: 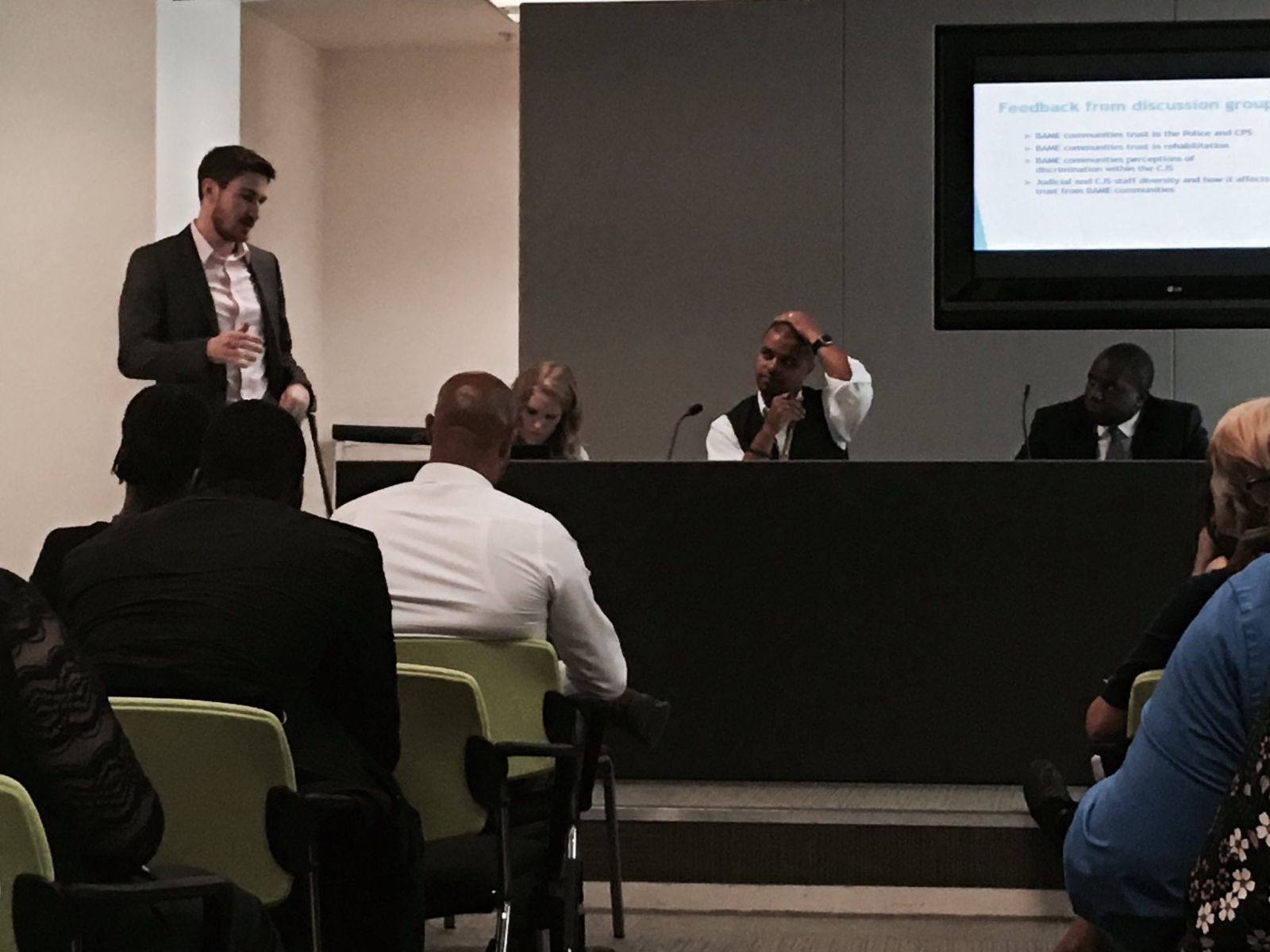