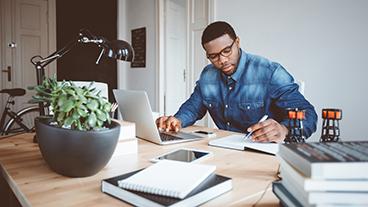 Access to skills is the number one issue currently for business leaders in Northern Ireland. That was one of the key messages to emerge from a recent Open University (OU) podcast, hosted by Laurence Knell, Associate Lecturer at The Open University’s triple-accredited Business School.Laurie was joined by three guests – Gordon Milligan, Deputy Chief Executive at the public transport organisation Translink, John D’Arcy, National Director at the OU in Ireland, and Dr Lynsey Quinn, Business Development Lead for the OU in Ireland.

Gordon, who is also Chair of The Institute of Directors in Northern Ireland, says that all the business leaders he speaks to across Northern Ireland say that access to skills is their biggest challenge. And it’s the same for his organisation, Translink. He thinks there are a number of complex issues that the government, employers and professional institutions need to address collectively in order to boost the local skills provision. “We have a large number of people here in what we call the economically inactive category – long term unemployed or out of the labour market and unavailable. There are also challenges linked to that around the cost of childcare, which is a major issue.”

The challenge in Northern Ireland

This skills gap is further compounded by the problem that approximately 20,000 young people leave Northern Ireland each year to study, with many of them not returning to live and work in the area. Gordon thinks the OU is ideally placed to address some of these issues, particularly around getting people back into work and issues around childcare. The flexible nature of OU training, and the level of support given, means that learners can earn and learn at the same time, fitting their study time around work and family commitments.

A big fan of organisations growing talent from within, Gordon would like to see employers investing more in workforce skills and encouraging a culture of lifelong learning.

You’ve got to grow your talent, grow your own people and develop those skills. I could quote you a million examples of people who have started off as apprentices in Translink in junior level jobs who are now leading the organisation. One individual joined as an apprentice and became the chief operating officer.

Gordon didn’t follow the traditional path of school, university and job himself. He got a job directly after leaving school and then decided he wanted to gain some formal qualifications. Since then, he has gained a whole raft of qualifications, including a postgraduate diploma and an MBA, some of which he acquired through the OU, and all achieved while still working. Gordon encourages others to follow this path, as Translink sponsors staff through OU studies.

The OU works in partnership with employers in Northern Ireland, talking to them about their organisational and training needs. John D’Arcy says the OU does a lot of listening to employers in order to properly understand their needs and to support them and learners through targeted learning. He says employers appreciate the distance learning model, combined with the OU’s history of providing high quality education for all. That flexibility has been a lifeline for many employers and employees during the Covid-19 pandemic. This helps organisations adopt a culture of lifelong learning, which can help to address key business challenges such as retention and succession planning.

The OU has developed a range of short courses, such as microcredentials, which have been very popular with employers and employees. Microcredentials are short programmes of learning that people complete over a 10-12 week period, leading to university-accredited points.

Employers like staff to have that accreditation because you’re benchmarking their learning, their knowledge, their skills against the industry and academic standards

John D’Arcy
National Director at the OU in Ireland

With some of its programmes, the OU is working in partnership with employers such as Amazon Web Services. It has also been working in conjunction with the Department for the Economy in Northern Ireland. The Department for the Economy has provided funds to enable the OU to offer some fully funded programmes to people who want to gain some new skills. As a result, the OU has been able to expand its Community Partnerships Programme. “It’s working with community groups, like women’s groups and locally based enterprises, and our aim is to put people on a pathway to a qualification which can then lead them to employment,” says John.

Lynsey thinks employers increasingly recognise that the best way to address talent shortages is by investing in internal skills.

It’s all about maximising the talent in your business across all the different stages of people’s careers. So providing people with lifelong learning opportunities for career success and also addressing critical skills shortages.

This is increasingly important as people are now having a range of different careers and roles, and the whole idea of the longer, 50-year career for instance. Lynsey believes that societally we need to work on engendering a belief in reskilling. As opposed to looking at the cost of investing in our people – think of the implications of the cost of losing them.

During the podcast, the panel discussed the forthcoming Women’s Leadership Conference, taking place virtually on 9 and 11 March 2022. This year’s conference is based on a quote by the former First Lady of the US, Eleanor Roosevelt: “The future belongs to those who believe in the beauty of their dreams.” It will feature female leaders who have smashed the glass ceiling in male-dominated industries, such as policing, Formula One and space. The OU is a sponsor of the event. 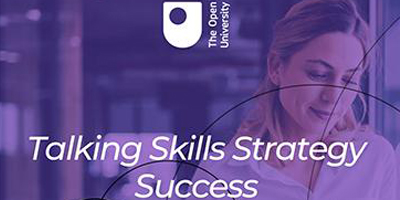 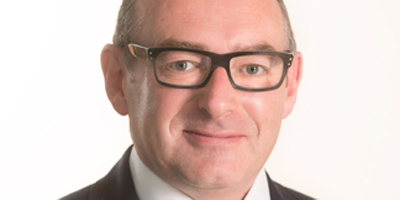 Podcast: Rising out of adversity 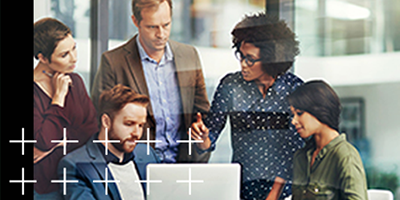