Event: Just Transitions or Levelling Down? 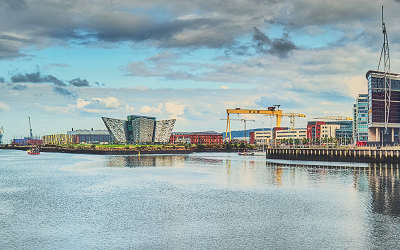 In the face of increased economic and spatial inequality, the Conservative government pledged to address this issue in its 2019 election manifesto to level up the economic and social geography of the United Kingdom. The February 2022 White Paper sets out the government’s strategy that includes twelve missions, five policy pillars and cites six forms of capitals as drivers of levelling up.

Recent crisis events reinforce the need for transforming the spatial structure of the UK economy and addressing its manifold and atavistic problems. One way of addressing these challenges more comprehensively is to produce a critical narrative around just transitions and levelling down.

Just Transitions was adopted in 2010 by the International Trade Union Confederation in addressing challenges for workers and labour markets as a result of climate change. The concept and practice can be expanded to focus on locally and regionally based solutions that promote community assets and wealth; circular economy; and, resilience.

The London and South-East regional problem is one that the Levelling Up agenda does not really address. The region’s socioeconomic deprivation, notwithstanding, an accompanying strategy of levelling down may levelling may be a necessary if the unequal socioeconomic spatial structure of the UK is to be overcome.

The range of speakers at this webinar, hosted by The Open University in Northern Ireland, will present critical analysis of the key issues of Just Transitions and Levelling Down in the context of the UK’s current socioeconomic problems.

To find out more about the webinar, please contact Leslie Budd.

The Hybridity of the NI Economy
Graham Brownlow (QUB)

Industrial Strategy as the Agency of Levelling Up
David Bailey (Birmingham)

Email the team
Back to top