On this page you will find links to the websites of external organisations that deal with equality related issues: 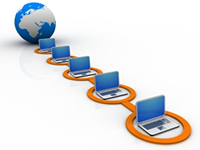