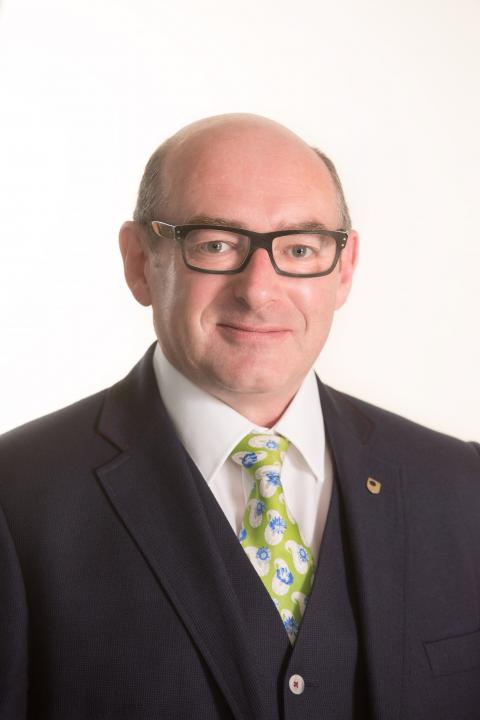 The Open University’s Director in Ireland, John D’Arcy, has been awarded an OBE in the Queen’s 2020 Birthday Honours for his services to Education and the Arts.

Mr D’Arcy has a keen interest in educational technology and was The Open University’s lead consultant on its ‘Languages of Ulster’ television programme for BBC Northern Ireland. He also founded The Open University’s recently launched digital archive ‘Time To Think: Open University journeys in British and Irish prisons during the years of conflict 1972-2000’. He is currently a Board member of the Open College Network in Northern Ireland; AONTAS, Ireland’s Lifelong Learning Organisation; and Universities Ireland.

John commented about this award:

“I have been very lucky to have worked in some great organisations - in particular, The Open University in Ireland, as well as The OU in Scotland and in Wales. I’ve really enjoyed my voluntary roles in the arts sector with Oh Yeah Music Centre, Audiences Northern Ireland and, most recently, The Lightbody Foundation. For me, this award reflects the impact of those inspirational organisations and the amazing people I’ve worked with.”

“I am delighted to see John’s commitment and achievements recognised with this honour. John embodies our mission to be open to people,  places, methods and ideas and always brings collegiality and professionalism to everything he does. I know that everyone in our OU family will be proud of this much-deserved award for his huge contribution to the OU and Northern Ireland.”

“John D’Arcy has worked for so long to make other people’s lives better. Be that with his sterling work for The Open University or for his voluntary work with charities and organisations that have positively impacted the lives of so many people in Northern Ireland and beyond. John was one of the first names on the team sheet when we set up the Oh Yeah Music Centre in 2006 and was a guiding light from its inception, through its formative years and helping to create and sustain the wonderful institution it is now. He was one of only two people I went to when setting up The Lightbody Foundation and he has been a trustee and integral part of the Foundation ever since. Without him the Foundation simply wouldn’t exist. Since setting up The Lightbody Foundation last year we have given over half a million pounds spread across many charities mostly in Northern Ireland but also throughout the UK, Ireland and the US. John has been at the heart of so much that has made the lives of the people of Northern Ireland better. I am over the moon that John has been recognised with this honour but I am in no way surprised.”