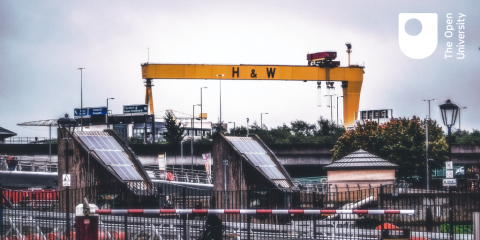 Organisations from Northern Ireland are estimated to have spent over £30 million1 on temporary staffing to bridge skills gaps over the last year, despite 18 per cent making redundancies to cut costs in the wake of COVID-19.

In a further attempt to create quick fixes to the fallout from the pandemic, over half of employers from Northern Ireland (56%) report that their organisation’s survival is dependent on their ability to manage costs, according to The Open University Business Barometer.

But with more than two thirds (69%) of organisations reporting difficulty finding candidates with the relevant skills, business leaders from Northern Ireland have turned to more expensive solutions including investing in temporary recruitment solutions (51%) and increasing salaries on offer to recruit talent with the right skills (35%).

The £133 million1 bill for temporary staff, recruitment costs, inflated salaries and training expenses for candidates hired at a lower level, leaves organisations vulnerable to further talent deficits further down the line according to The Open University. Instead, the University is urging organisations to prioritise investment in training and development as a more cost-effective, longer-term solution to the post-pandemic skills puzzle.

Across the board, expenditure on plugging Northern Ireland’s skills gaps has grown by 66 per cent2 over the last year. And looking ahead, while 37 per cent organisations in Northern Ireland plan to bring back furloughed staff after the government scheme ends, nearly a quarter (24%) of organisations will be restructuring as a result of COVID-19, while another 20 per cent plan to leave vacancies unfilled.

When it comes to hiring, half (49%) of employers from Northern Ireland expect to require more leadership skills over the next 12 months to navigate further challenges. But this is taking its toll on recruitment times, with employers from Northern Ireland taking longer than the average UK organisation to find suitable candidates, taking nearly four months on average3.

Adopting a longer-term approach when it comes to developing skills and engage in a continuous culture of learning and development that allows organisations to react quickly to future disruption is needed according to The Open University in Northern Ireland.

“Organisations across Northern Ireland have gone through a significant and unexpected change over the past six months in the wake of the COVID-19 pandemic. Whilst depending on short-term staff to face immediate challenges might work on a short-term basis, it can, however, lead to these heavy expenses that we have seen reported by employers this year.”

“Leaders who prioritise the development of their people and adopt a “grow your own” approach to talent acquisition will be able to adapt to any upcoming challenges more quickly, while sparing the costs incurred by buying in talent on an ad hoc basis. With Northern Ireland and Great Britain going through a recession and facing all the consequences of the economic challenges brought by it, it is those who invest in continuous learning and development who will create a sure path to survival in a post-COVID world.”

1 Extrapolations were made based on the survey data and business data from the Office for National Statistics 2019 Business Workbook, which shows there are 7,770 SMEs in Northern Ireland (excluding microbusinesses) and 215 large enterprises.

3 Businesses from Northern Ireland have taken 3.66 months on average to recruit new people to fill in the skills shortage, compared to the 1.8 UK average