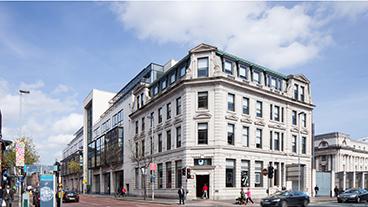 It has been a busy 6 weeks of tireless campaigning for the 276 candidates contesting 108 seats in the Northern Ireland Assembly. After the momentum of the election on 5th May, many challenges and opportunities will lie ahead for the higher education sector.

The manifestos of the main political parties in Northern Ireland each demonstrate a commitment towards developing the skills of our citizens with a view to growing our economic capacity and in turn transforming wider society. This overarching commitment stands out amidst the variety of views across the political spectrum in the Assembly, illustrating   the fact that, despite these differing political positions, higher education is regarded as crucial to a prosperous economy and a productive and stable society.

Unfortunately, despite positive signs of improvement in Northern Ireland’s economic position, it still lags behind the rest of the UK in most measures of economic performance. The impact of the recession has lingered longer here than in other nations of the UK and there are concerns over skills shortages in key sectors related to economic growth. It is widely acknowledged that the forecast pool of full-time graduates will not be enough to meet the skills demands of the future economy, therefore Northern Ireland must up-skill and re-skill its current workforce. 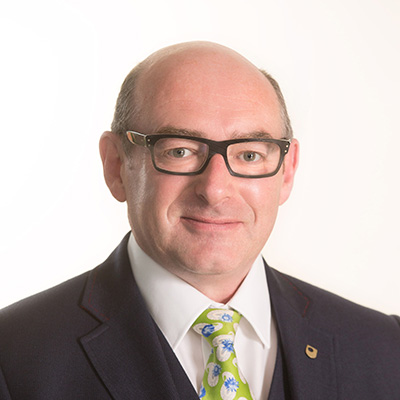 This situation will become more acute given the lowering of corporation tax in Northern Ireland to a rate of 12.5%, expected to happen in 2018. If we are to attract foreign investors then there will be a demand for skilled employees with appropriate levels of qualifications. Part-time study is a solution whereby employees can up-skill or re-skill. This would be productive for employers who can then quickly reap the benefit of individuals applying new-found skills and experience directly to the workplace.

Tackling economic activity levels will be another issue for consideration. At present 26.4% of the population here is economically inactive, which is higher than the UK average. Again, part-time study can be a solution for individuals who have previously experienced barriers to education – whether that be, as a result of, having families or caring responsibilities or not achieving their full potential in earlier life.

So the need for higher education has never been more obvious. However in the past year, the sector has faced a £16m cut, and there currently exists a funding gap with England amounting to £40m per year. There is also the need for an investment of an additional £30m per year which will be required to expand and grow the sector.

The current funding model is unsustainable and remains a key challenge for the three universities in Northern Ireland. In the months following the election, we look forward to engaging with both Queen’s University and Ulster University to ensure the needs of Northern Ireland students are catered for. In particular, for the OU, the needs of part-time students will be paramount in those discussions. That is because we need to ensure we have a system in Northern Ireland that enables anyone who wishes to access higher education to have appropriate financial support, regardless of the mode of study they choose. Incentivising part-time study is key.

In the weeks after the election, Government departments will be allocated on the d’Hondt system of proportional representation, and then there will a period of time whereby the Programme for Government is agreed. During this time, the Open University, alongside the two other universities, will work with a new Executive. This will ensure we can deliver the type of flexible higher education system that Northern Ireland needs to grow the economy and to encourage citizens to transform their lives.

You can also read articles from our colleagues in Scotland and Wales looking ahead to their elections.