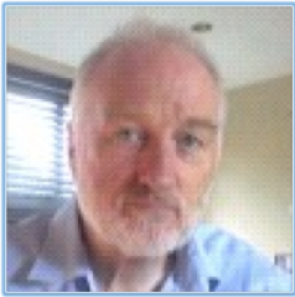 I joined the Design Discipline at the OU in 1981 after three years in the Geography Department at Cambridge University working with Graham Chapman and Peter Gould. Before that I was in the Mathematics Department at Essex University working with Ron Atkin on his theory of Q-analysis for social systems. This has developed into what I now call multilevel hypernetworks. This research involves the application of hypernetwork theory in the design and management of complex social and technical systems at local and global levels in the emerging policy-oriented field of Global Systems Science.

My BA and PhD are in mathematics. I am a Fellow of the Institute of Mathematics and its Applications, a Fellow of the British Computer Society,  a Chartered Mathematician and Chartered Engineer. I have been director of various engineering and consulting companies and am the CEO of Vision Scientific Ltd, a company I founded with Phil Picton in 1989. I am a Past President of the Complex Systems Society, and Deputy President of the UNESCO UniTwin Digital Campus for Complex Systems (CD-DC).

My OU undergraduate teaching has included: creating the CADPAC suite of interactive computer exercises for T363: Computer Aided Design; creating the SmartLab suite of interactive computer exercises for T395 - Mechatronics, Designing Intelligent Machine and co-authoring with Phil Picton the textbook Mechatronics: Concepts in Artificial Intelligence; leading the development of T183 - Design and the Web, T184 - Robotics and the meaning of life, A178 - Perspectives on Leonardo, TM190 - The Story of Maths, T218: Design for Engineers, and writing the interactive computer exercises for T174 - Engineering the Future. I am currently production and presentation chair of  T212 Electronics: sensing, logic & actuation.(2017),  member of the T312 Electronics module production team (2019), and member of the team producing the new Open STEM Laboratory giving students remote access to hand-on electronics and robotics experiements.

I led the teams creating the FutureLearn MOOCS for the CS-DC: Global Systems Science and Policy,  Systems thinking and complexity, and First steps in data science with Google Analytics.

My recent books are Non-Equilibrium Social Science (2017) for Policy and Hypernetworks in the Science of Complex Systems (2014).

I am currently a partner on the Erasmus Da.Re. Project (Data Science Pathways to Reimagine Education) which is creating 150 hours blended online and face-to-face education in data science.