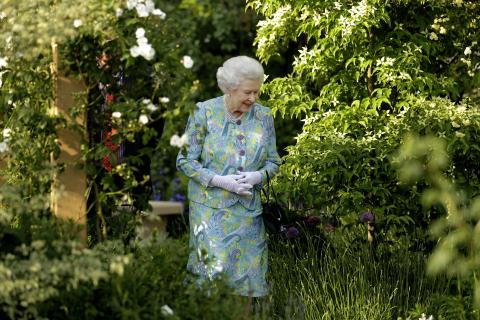 Her Majesty granted The Open University its Royal Charter in 1969 and visited its Milton Keynes campus with the Duke of Edinburgh on the institution’s tenth anniversary, in 1979.

On her visit she was met by a crowd of 6,000 staff and their families and was given a tour of the campus by the then Vice-Chancellor, Lord Perry of Walton, visiting research laboratories and seeing demonstrations of the University’s unique educational technology.

“Her Majesty will be remembered as a figure of huge historical significance and one who has guided the country through the best and worst of times. All of us at The Open University, and beyond, owe her a huge debt for a lifetime of public service that has spanned so many significant moments and touched so many lives.

“Her Majesty was a passionate advocate for the power of education, as can be seen through her support of schemes such as the Queen’s Anniversary Prize and various endeavours over the years. Her visit to our Milton Keynes Campus in 1979, on our tenth anniversary, played a significant part in the development of the Open University, helping to gain further credibility for what was then still an educational experiment.

“We at the Open University will join now the Royal Family, the nation and the world in mourning the loss of an extraordinary monarch.”

John D’Arcy Director of the Open University in Ireland added: “Her Majesty The Queen was a remarkable monarch who will be deeply missed by many. She visited Northern Ireland numerous times during her reign, making an historic visit to Ireland in 2011. In doing so she touched the hearts of many people across the island, and we join others here, and around the world, in mourning her loss.”