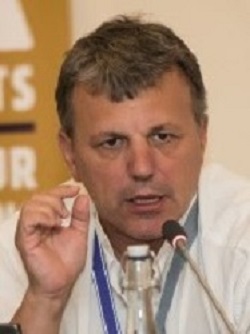 By Dimitris Christopoulos, Professor at the Department of Political Science and History, Panteion University of Athens

Since the end of the Greek Civil War, a hidden agenda of Greek nationality had been created, the content of which was not subject to mechanisms of social control or monitoring from political forces or institutions. Nor, of course, it was studied through scientific research due to the alleged ‘sensitive’ character of the relevant (non) decisions in the country. Considering that up to the 1990s the Greek State removed far more citizenships than those it granted, we can easily assume that the problem lies on the fact that Greek Citizenship was not on the political agenda of the country. Until 2010, citizenship issues were consistently under a form of ‘omerta’ in the political discourse. No one discussed the issue, apart from when it was revealed (or deemed necessary to be revealed), that someone should not be Greek; from the anonymous communists of the Civil War, to Melina Mercouri or Mikis Theodorakis during the Junta, to the Thracian minority of the post-Junta era. Since 2010, we can finally discuss who can be Greek. Irrespective of the possible answers, this alone has been crucial.

Thus, the breakthrough was raising the question itself.

If 2010 hadn’t been the year when Greece officially succumbed to the greatest debt crisis in its recent history, the novelty of the year would certainly have been the changes made to the GCA (by Law 3838/2010). The public debate engendered by that law (March 2010) was, indeed, the last one that concerned public opinion and the political system independently of the infamous ‘Memorandum’, which has since then, reasonably, monopolized discussions about the future of the country. The path of an important reform of the Greek Citizenship Code, starting from the initial introduction of the Citizenship Law in 2010, the public debate and reactions that followed leading to its partial annulation as unconstitutional in 2012, and finally, the developments until its restoration with a new law in 2016 became an issue for citizenship studies (Christopoulos, 2017).

The reform of the GCA, at the beginning of the second decade of the twenty-first century, is proof that the civic consciousness embedded in Greek citizenship is not insignificant. This is illustrated in the following quote from the Rationale of the 2010 Act which should be seen as an ideological continuity with the above-mentioned 2015 Act:

“This conclusion removes the Greek citizenship from its suffocating relation to jus sanguinis. Without underestimating the importance of Greek origin for the constitution of the Greek people, this new perception links the status of Greek citizen and its associated rights of full political participation with the appropriation of the Greek civic identity, or as otherwise indicated, with the configuration of Greek political consciousness. To identity or conscience that in this case is not based on blood, origin or assimilation of certain national-religious characteristics but, on one hand on the full and active participation in the social and economic life of the country and, on the other hand, on the ability of equitable and active participation in the life of Hellenic Republic with respect to its principles. This political understanding of Greek citizenship, in other words of the Greek nationality (as a legal term), continues a long constitutional tradition in our country, which dates back to the revolutionary constitutions of the period of the initial constitution of the Greek State."

From the Greek citizenship experiences, it becomes clear that one-dimensional understandings of ethnic or civic traditions of citizenship are an illusion. A national tradition of citizenship may entail sufficient elements of both, which may be retrieved even at liminal times such as those that the country is going through. The fact that, between 2009 and 2015, Greece found sufficient political capital to deal with its citizenship as a host country to migrants is reasonable. This process also took place slightly earlier in Portugal. On the other hand, this endeavour raised reasonable questions. In particular, it seemed out of place since both laws (Law 3838/2010 and 4332/2015) were actually the last two pivotal legislative initiatives before the country signed the first and third memorandum of understanding with its lenders. Accelerating these reforms before signing the respective memoranda of 2010 and 2015 should be understood as an anguished effort of achieving ideologically and socially critical breakthroughs in both periods. The belief that it would be impossible for the Greek Parliament to consent to such legislations after signing the MoUs has been common during both periods.

Finally, the experience of the reform of the GCA in these turbulent times, attests to the famous ‘relative autonomy’ of institutions from the economy. It demonstrates the possibility of entering into new political agreements and convergences at the level of political ideology and strategy rather than at the arena of economy, as is the case for this country during this extremely polarized period regarding nationality.

References:  Dimitris Christopoulos,“An unexpected reform in the maelstrom of the crisis: Greek nationality in the times of the memoranda (2010–2015)”, Citizenship Studies 2017, σ. 1-12