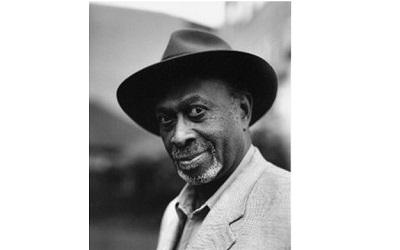 This short provocation was written by Professor Giles Mohan, Director of the OU's Research Network in International Development and Inclusive Innovation.

The recent controversy around the immigration status of the Windrush migrants has attracted lots of attention in the media; much of which has been about criticising politicians and civil servants for various things. But this does not capture the emotions of migration – the hopes, anxieties, sadness, opportunity, racism and much else besides. Ordinary words sometimes struggle to capture this mix of feelings and actions. But poetry might get us nearer to that experience.

The work of James Berry is fascinating for capturing some of these complex emotions in beautiful and concise ways. One of these poems ‘Wanting to Hear Big Ben’ evokes Britain as the ‘motherland’:

it did echo roun the Whole Worl

The symbol of Big Ben as the heart of a ‘Whole Worl’ evokes the pull of London. But the reality is not so rosy and many of Berry’s poems capture the hardship and contradictions of working in and for the imperial motherland. The poem ‘How the Weak Manufactured Power for the Strong’ sees Caribbean slavery as making ‘power for the strong’ and when the Windrush migrants come to Britain they:

go to live with the unfeeling eaters

who digested the proceeds of my ancestors

This powerfully captures the sense of exploitation the migrants feel.

Poetry is still a powerful means to capture the myriad of experiences and feelings experienced by the Windrush generation and their descendants.