As expected, the first episode of Sir David Attenborough’s Blue Planet II has been greeted with rapturous applause. But alongside the gasps of delight at the beauty of the natural world, the programme came with an urgent message for viewers which we can no longer afford to ignore.

Produced by the BBC’s Natural History Unit in partnership with the Open University, and narrated by the world’s favourite natural historian, the series revisits The Blue Planet after a gap of 16 years. 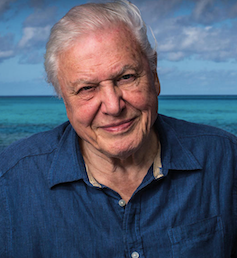 The series does what the BBC’s Natural History Unit does best – films the natural world in a fresh and compelling way using the latest technology. Blue Planet II allows the audience to get up close and personal to an array of extraordinary creatures that depend on and harness Earth’s vast oceans for their survival.

From the depths of the abyss where sunlight is absent and the pressure immense, to the wild rapidly changing coast, viewers are introduced to a variety of habitats and privy to remarkable behaviours, some of which have never been filmed before.

The series is based around five ocean habitats, exploring the world of the animals that live there and the threats they face. There are many filming firsts: the ingenious tusk fish which uses rocks as an anvil to smash clam shells; co-operative hunting between bottlenose dolphins and false killer whales; as well as a giant trevally fish that hunts terns by plucking them out of the air. All that and sealions hunting as a co-ordinated pack, driving 60kg tuna into the shallows; as well as coral grouper and reef octopus hunting together and communicating using gestures – a behaviour usually associated with apes.

There are also behaviours that are new to science, such as an octopus that covers itself with shells to create a suit of armour to deter predators and female cuttlefish that flash a white stripe to indicate to amorous males an unwillingness to mate. Some of these uncovered behaviours demonstrate an intelligence that has been vastly underestimated.

As academic consultants on the series, we were captivated by the footage that leads viewers into this largely unexplored world from the perspective of the creatures that live there, capturing fascinating behaviour in exquisite detail.

But working on it also made us acutely aware how much humans and the planet stand to lose if we fail to recognise and acknowledge the negative impact we are having on the oceans. And it is this awareness which makes the timing of Blue Planet II so important. By revealing the awe-inspiring nature of the oceans in a way the audience can connect with emotionally, Blue Planet II raises critical awareness of the immediate threats facing our oceans and underscores what we stand to lose by ignoring them.

The cost of global warming and pollution

Scientific research now overwhelmingly demonstrates that the ocean is changing. Sea surface temperatures have increased, levels of dissolved oxygen are declining, sea water has become more acidic and food supplies have declined. The consequences are uncertain in their details but the rapidity and breadth of changes means that they will be profound. 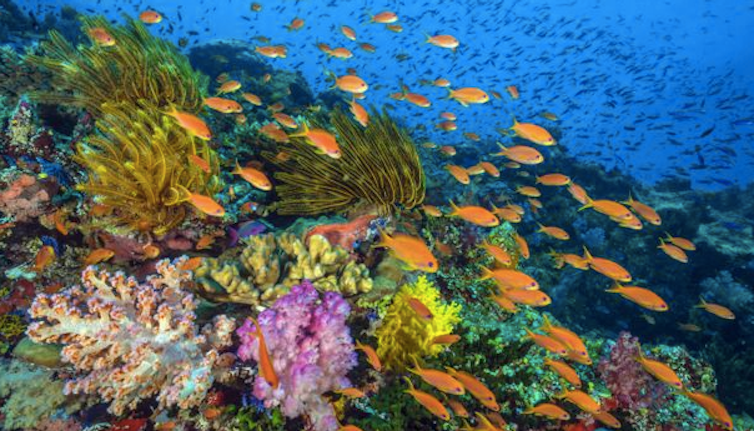 The twin evils of pollution and global warming threaten the delicate balance of our oceans, which will have profound consequences for sea creatures and their habitats. BBC

Recent research suggests that more than half the world’s oceans could suffer these multiple effects of rising carbon dioxide level over the next 15 years. By mid-century it is possible that more than 80% of oceans could be affected, forcing its inhabitants to migrate, adapt, or in some cases, face extinction. 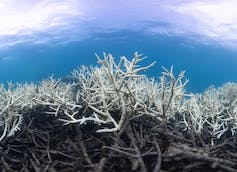 It’s happening already. Huge swaths of coral reefs around the world have bleached in recent years, and two-thirds of Australia’s Great Barrier Reef is affected by coral bleaching. Seagrass meadows, kelp beds and mangrove forests are some of the most productive habitats on earth, storing vast amounts of carbon – but are also some of the most threatened. In 2015 and 2016 the worst instance of mangrove forest die-off ever recorded occurred off the Australian coast.

And that is not all. The oceans are facing a major threat from pollution – by 2050 it is predicted that without significant action there will be more plastic in the oceans than fish. It is estimated that between four and 12 metric tons of plastic makes its way into the oceans each year.

Nearly 700 marine species have been found entangled in plastic, and an increasing number – from microscopic plankton to whales – ingest it, compromising their ability to digest food, maintain body condition and give birth to healthy young. Persistent organic pollutants have been found 10km down in the Mariana trench, and are ingested by organisms that live there.

This is the more serious message that the series addresses alongside its spellbinding footage, particularly in the final episode that explores the struggle many species experience in the face of environmental change caused by humans.

But, there is also a message of hope. Now we understand more fully the consequences of our actions we can act to stop or at least slow them. Some of the initiatives aimed at mitigating the damage humans have inflicted are highlighted in the final episode.

For example, overfishing in the 1950s resulted in the collapse of Norway’s herring stock, but better regulation and scientific monitoring has led to a spectacular recovery in numbers. Today, there is enough herring for both humans and the hundreds of humpback whales and orcas that feed on them. Ultimately though, keeping our oceans healthy and functioning properly will require bold leadership, motivation and coordinated effort on a global scale.

As Sir David Attenborough succinctly puts it: “For the first time in 500 million years, one species has the future in its hands.”