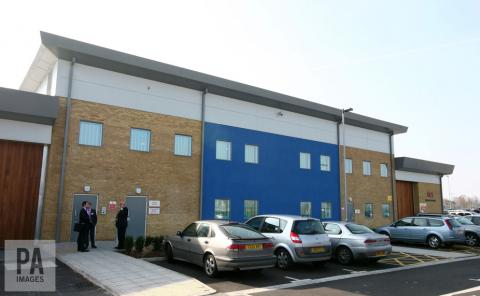 An exposé of an immigration removal centre has uncovered shocking levels of violence and abuse directed at detainees awaiting potential deportation from the UK. While some staff at the Brook House centre for men near Gatwick Airport, run by the company G4S, tried to control the “chaos”, others were clearly seen mocking and assaulting detainees.

In one incident caught on undercover camera as part of the BBC Panorama documentary, an ill and vulnerable man was screamed at, called a “fucking piece of shit” and choked by the detention custody officer. Racist language and mocking of detainees by staff seemed casual and routine, and violent behaviour appeared acceptable to staff and some managers. “We don’t cringe at breaking bones … If I killed a man, I wouldn’t be bothered. I’d carry on,” one officer said.

There are a range of people of different nationalities and citizenship statuses held by the Home Office at Brook House. This includes people refused asylum, foreign nationals who have served criminal sentences and some people overstaying visas. All were shown to be equally vulnerable to abuse from staff.

Nine officers were suspended by G4S following the initial reports on September 1 and the company has launched an investigation into the allegations. The Home Office has also suspended one member of staff relating to allegations over his former employment for G4S. When Brook House was inspected in 2016 by HM Inspectorate of Prisons, the report stated that it “had made clear improvements, and staff are to be congratulated”.

The programme also highlighted how readily available the cannabis substitute known as “spice” is in the detention centre. Spice has a host of negative side effects, both physical and mental, and it can induce paranoia, hallucinations, and cardiovascular issues.

However, the consumption of this drug within detention needs to be put in context. Detention is an unhealthy environment, where individuals are kept in limbo for an indefinite period. Taking drugs then becomes a way to ease emotional and physical pain. It can act as a “chemical comfort”, a form of self-medication, to deal with loneliness, trauma, alienation, lack of meaningful activities, the stress or anxieties of prospective deportation, and loss of identity and belonging.

This is the second undercover investigation at one of the UK’s 11 immigration removal centres (IRCs) in two years. In 2015, Channel 4 News uncovered the chilling scale of violence against women of colour at Yarl’s Wood IRC which is operated by the company Serco. Staff openly expressed racist and misogynistic views.

In our own research with people seeking asylum in Scotland, England, Denmark and Sweden, we regularly hear of the impacts of detention and the broader harms of the process of seeking asylum. “When I remember about detention, I just want to forget,” one former detainee told us, while another said: “The thought of going back into detention gives me a panic attack, I cannot breathe.” Alongside the humiliation of arrest and the denial of liberty, violence has been endemic in immigration detention centres.

Besides the physical violence and suffering exposed in both the Channel 4 and BBC investigations, research has repeatedly shown the adverse impact of detention on mental health, which deteriorates further with the time spent in confinement. Despite this, the UK continues to systematically detain people without time limit. Suicide attempts and self-harm in IRCs are at an all-time high.

Locking up migrants in inherently chaotic spaces, where they face uncertainty, anxiety and suffer poor mental health, is in itself a form of violence and abuse – one that is sanctioned by the state through policy and legislation.

Not long after Channel 4’s footage at Yarl’s Wood was released, Nick Hardwick, the chief inspector of prisons, called the centre a place of national concern. Following a string of reports on abuse, sexual assaults and racism at the centre, Serco commissioned its own review of the centre which was published in January 2016. Serco said it committed to “respond to all of these recommendations”.

The same month, a review commissioned by the Home Office of the detention of vulnerable people was published. Although the review’s remit did not cover the overall detention regime, it advocated banning the detention of pregnant women and suggested there should be a “presumption against detention” for victims of sexual violence, female genital mutilation, people with learning difficulties, those with post traumatic stress disorder and transgender people. Minimal reforms were introduced, some rather flawed and others yet to be enacted.

In a critique of these reviews, we argued that the crux of the issue is the overall injustice of immigration detention: it is unhealthy to arbitrarily remove people’s liberty. Even outside the centres, detention is a hanging spectre for those awaiting the outcome of an asylum application.

When only seeing is believing

The BBC Panorama investigation into Brook House may well lead to another official review tasked with answering a familiar question: how can detention be sustained while ensuring that those confined are suitably protected? But we are sceptical of the purpose of these rather expensive and time-consuming reviews. The problem lies with the way the system is managed – in which the private companies outsourced by the Home Office profit by expanding their capacity to detain people.

By keeping a narrow focus on incidents at specific centres, we are collectively sweeping the everyday serious harms of immigration detention under the carpet. Time and time again when such undercover investigations have exposed grave issues of racism and violence the problem is neatly packaged and cleverly blamed on a few bad apples. The harms inherent to confinement are ignored, and minimal structural change happens as a result. Instead of reducing or abolishing the system of immigration detention, IRCs continue to operate.

The only real difference between the actions caught on camera by the BBC Panorama team and the endemic brutality of life in detention centres is that this time, these actions have been witnessed by the wider public.