Can you learn a language with an app? What the research says

Language learning apps are very popular in app stores worldwide – and are said to be revolutionising language learning. These apps offer opportunities to practise grammar and can be a very rewarding way to learn vocabulary. But there has been discussion about just how effective such apps can be – particularly when it comes to other skills such as writing and speaking.

Among the most popular language learning apps are Duolingo and busuu. Research has mainly found positive results on the use of both Duolingo and busuu. But most of this research concentrates on studies with learners who are also signed up to language courses – learners are using the apps for extra practice – so the results don’t provide a good snapshot of language learning through apps.

My recently published research study of 4,095 busuu users aimed to find out more about who uses these apps, how they use them, and what they think of app-based learning. Ultimately, I wanted to find out if users can actually learn a language with an app.

Busuu provides learning materials for 12 different languages and has more than 60m registered users. It offers a “freemium” model where some content is available for free and some is available behind a subscription paywall.

The research found that there was an almost even split between male and female users, and more than half of the respondents were between 18 and 25. More than half consider themselves to be at beginner level and the proportion of users decreases as their language levels go up. Most people use the app because of personal interest, holiday travel, because of their career goals or personal aspirations, or because they want to study or live abroad.

Questions about how often and how long people use the app for showed that most people use it several times a week for an average of 15 minutes. We found that female users tend to use it less often but for longer periods of time than male users. This was something that had already been noted in previous research.

The use of apps tends to be perceived as an informal learning activity – and indeed two-thirds of people use the app whenever they have some free time as opposed to the other third who tend to use it in planned sessions – suggesting a more formal approach to language learning with apps. 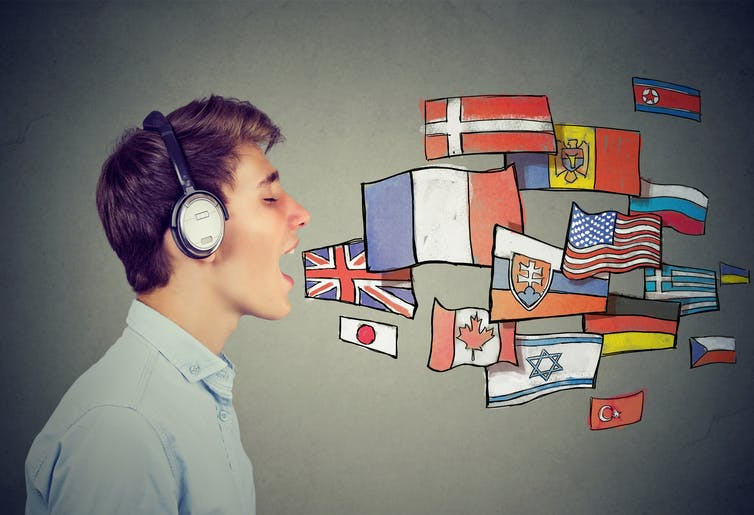 Getting any feedback on language learning apps tends to be restricted to whether the answer you provide is correct or not. While this is helpful, this is not the sort of feedback language teachers and researchers advocate, as it does not give an explanation of why the answer is right or wrong. But even though busuu only offers this type of feedback – without links to grammar explanations – feedback in the app was very highly rated. Over 75% of participants consider it good or very good.

Users were also very satisfied with the learning experience – more than 92% of respondents stated that the app had met or exceeded their expectations and 86% rated the app as very good or good. In fact, more than 82% of the users surveyed agreed or strongly agreed that using the app had helped them improve their knowledge of the language they are learning.

As formal language teaching has moved towards more communicative approaches to language learning, learners are turning to such apps where they can make mistakes in a private setting.

This non-threatening environment, where errors are only known to the user, can go some way to address the performance anxiety that many learners suffer from when asked to speak a foreign language. In this way then, language teachers should not feel threatened by apps. Instead, teachers should encourage their students to use them to do the repetitive grammar work, leaving precious class time for more language interaction.