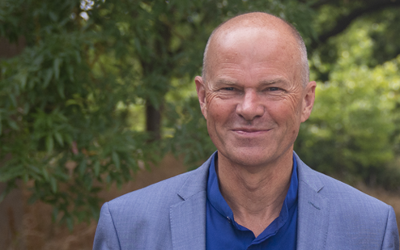 In his lecture, Professor Butcher explored his research and practice in relation to widening participation in higher education and how his focus on the voices of ‘unheard learners’ has challenged simplistic sector assumptions that ‘students’ are merely a homogeneous conveyor belt of school leavers with good A-levels.

A key question posed at the lecture was: What kind of higher education system do we want?

John Butcher, Professor of Inclusive Teaching in Higher Education at the OU, was born in 1956. In his lifetime higher education in the UK has changed beyond recognition.

From what might now be viewed as a narrowly elite system – in 1956, 3.5% of school leavers attended university to ‘read’ for a degree - a phrase now only occasionally heard in the team introductions to University Challenge, the numbers of institutions offering higher education has expanded.

It has expanded to include: The Open University of course; 30 polytechnics which became new universities and latterly, the expansion of alternative providers. Despite Tony Blair’s subsequently recanted assertion that 50% of young people should attend university, currently 40% of school leavers attend.

In this lecture John explored the phrase most persistently associated with UK Higher Education (HE) over the last 25 years: ‘widening participation’. Popularised in the Dearing Review (1997), John will argue ‘widening’ does not carry the same meaning as merely increasing numbers. ‘Widening’ signifies breadth, inclusivity, opportunities for those potential students previously unable to access HE due to aspects of disadvantage. He drew on a conceptualisation of three barriers to participation identified in Gorard et al (2006) as:

John began by identifying key aspects of his own ‘first in family’ transformative journey to make the case for widening participation as an active process. He then drew out ‘unheard’ voices from his research with disadvantaged students to illustrate the need for institutional change – without which universities will remain stuck in a spiral of inflexible and narrowing participation, ignoring adults who may only be able to study part-time.