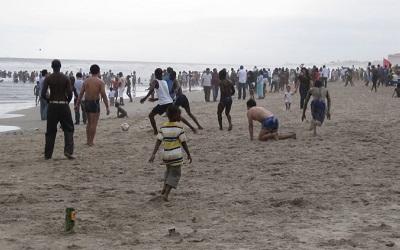 The first post in this series, South-South and African Migration Trends, put migration into a global context and discussed south-south migration. However, although in Africa much of the migration is intra-continental, that is between African countries, one of the most significant and controversial movements of migrants to African countries has been from China.

As an aside, it could be questioned whether China, now the world’s second largest economy, can really be considered part of the global south. The country’s economic growth over the past 30 years has been incredible and yet, despite their main motives being economic and geopolitical, Chinese officials are happy to continue to play up both China’s developed country status and its southern credentials – especially when dealing with African countries: ‘We’re all part of the global south and should look after one another.’ Setting that question to one side, however, it is clear that China is now a major player across Africa and is investing in infrastructure, giving loans and some aid, buying African commodities to fuel its economic and urban expansion, and selling its own manufactured goods to the continent. Lots has been written on this, for example, The Dragon's Gift, China’s Resource Diplomacy in Africa and The Next Factory of the World.

This renewed economic engagement has also brought the movement of Chinese people to Africa. Although in fact the Chinese first engaged with Africa in the 15th Century – when so-called ‘coolie’ labour came to Southern Africa from China during the colonial period and later, under Mao, Chinese solidarity with Africa was shown through technical cooperation, aid and some military support – the recent growth in Chinese migration has elicited much concern. First, nobody knows how many Chinese are in Africa. The data remains speculative and estimates have been based on a mix of official data and hearsay. The result is widely differing figures that range from about a quarter of a million Chinese in Africa up to 2 million. While these numbers are not in themselves huge, much of the controversy stems from the fact that the Chinese migrants bring with them money and skills which some see as competing with those of the Africans. Indeed, many accounts have posed the question of whether the Chinese are simply a new wave of imperialists in Africa.

In Chinese Migrants and Africa's Development: New Imperialists or Agents of Change?, the research I led with co-authors Ben Lampert, May Tan-Mullins and Daphne Chang, aimed to move beyond the hype to find out what was really happening in Chinese-owned firms in Africa. To do so, we focused on four countries – Nigeria, Ghana, Angola and Tanzania – where the presence of Chinese migrants dated back to at least the 1950s, but where their numbers had been growing in the past decade.

One of the interesting things we found is just how long some Chinese have been in Africa and the effect the recent relaxation of China’s emigration controls has had in easing outward migration. The following quote is from a Chinese businesswoman who has lived in Kano, a city in northern Nigeria, since the 1980s:

When I came to Nigeria that time hardly to see Chinese from mainland China. Hardly. Because that time China not yet open their doors. They not yet allow their people going out. Not like now. When they came, it was hard to travel out from China. One has to wait one year to get permission, and another half year to get visa. Now China has opened up and it is easier.

Most of the Chinese we spoke to came because competition in China was tough and they were aware that there were real opportunities in Africa, as this Angolan-based businessman describes:

We also spoke to Africans who interact with the Chinese, whether as employees, customers or – sometimes – employers. Many of them recognised that the Chinese traders were filling a much-needed niche in local markets by providing low-cost consumer goods. This respondent in Ghana captures the mood well:

In general, then, we found that the relationships between Chinese and Africans were positive. See, for example above, the photo of Chinese and Ghanaians playing football on a beach near Ghana’s capital, Accra.

However, this is not to say that tensions didn’t exist. And, where they did, they were often related to competition in key sectors such as trading or construction. Indeed in some cases African politicians even whipped this up to win support by playing an anti-China card. A representative of a Nigerian business association described the process to us:

They did not want the influx of these people because they know they will take over all their markets. So it was bad … What they do is they go to the authorities, right from the presidency to every arms of the government, to say look at these people … their product is not good, their business is not right, cross check very well.

Despite this, overall we found that Chinese people and goods have been welcomed in Africa and – crucially – we noted just how adept Africans are at managing their relationships with the Chinese to their advantage. Although undoubtedly there have been cases of exploitation by some Chinese, in general, and certainly in the cases we studied, Africans were able to gain from the relationships.