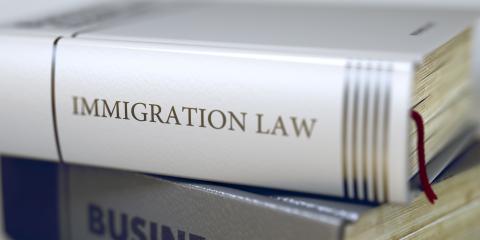 Our Year of ‘Mygration’ is so called to encourage us all to think of how migration and migrants have affected us, whether or not we ourselves are migrants or scholars of migration. From my own discipline of law, I offer here an example of the radical thinking which lawyers, who had themselves been refugees, brought to the aid of those being excluded unfairly from the UK. The genius of the lawyers in this case was to use the oldest of this legal system’s principles, Magna Carta and the Rule of Law, against the government of the day which regarded itself as the guarantor of those ideals. This was at a time when judicial review tended to be deferential to ministers. The experiences of those lawyers in fighting for justice brought an edge to proceedings.

In R v Home Secretary, ex p Phansopkar and Begum (1975), a strong Court of Appeal (Lord Denning MR, Lord Justice Lawton, Lord Justice Scarman) ordered the Home Secretary to consider immigration claims in accordance with Magna Carta. The Phansopkar case came as the referendum on staying in the European Community was being held in the summer of 1975 and as the Labour government was steering a bill through parliament to strengthen protection against sex discrimination. It was soon to do the same against race discrimination. Its Home Secretary was Roy Jenkins. His special adviser was Anthony Lester QC. The Home Office’s barrister in the Court of Appeal was Harry Woolf, later the Lord Chief Justice, the Master of the Rolls and one of our most revered judges. It would be difficult to find three more celebrated characters in our modern history of protecting and promoting human rights. Yet the Home Office at the time of what could be described as its greatest glory in terms of progressive legislation was arguing that it was entitled to send Mrs Phansopkar and Mrs Begum back to India and Bangladesh respectively and it was the judges who ordered the Labour government to resolve the matter here in the UK. They responded to creative arguments about the rule of law and Magna Carta by two barristers who had themselves been refugees.

Sibghatullah Kadri appeared for Mrs Phansopkar and Eugene Cotran for Mrs Begum. The women, from India and Bangladesh, had the right of abode in the UK as their husbands had patrial status as citizens of the UK and colonies but the Home Office was trying to make them wait in a 14 month queue for certificates of patriality in India and Bangladesh. When they took action by flying to Heathrow, they were refused entry. The immigration officer required them to go back to secure certificates of patriality. Their lawyers succeeded in the Court of Appeal in challenging this denial of rights. Sibghat (or Sibgatullah or Sib) Kadri, counsel for Mrs Phansopkar had the distinctive experience of having himself been detained without trial, contrary to Magna Carta, in another part of the Commonwealth. Eugene Cotran, counsel for Mrs Begum, also knew what it was to come to the UK from a troubled part of the world.

Sibghat Kadri was born in India in 1937, migrating to Pakistan soon after partition in 1947. He was active in student politics at Karachi University where he was arrested and imprisoned without trial for opposing the military regime in 1958. He drafted his own petition for habeas corpus and secured his own release but was deported to Hyderabad in 1959. He came to England in 1960. He remained active in Pakistan politics in England and worked for the BBC as a producer and broadcaster in Urdu and in English. He was called to the Bar in 1969. After pupillage, he formed his own set of chambers and then, with Rudy Narayan the Afro-Asian and Caribbean Law Association which became the Society of Black Lawyers. He became Queen’s Counsel in 1989 and a Bencher of the Inner Temple in 1997. Over decades he has consistently challenged discriminatory practices and comments in the legal profession, saying that, ‘Even Lord Denning, as brilliant as he was then, was not colour blind’, and later successfully calling for Lord Denning’s resignation over the publication of his book criticising jurors in the Bristol riot case.

Eugene Cotran was born in Jerusalem. He was a refugee who went to school in Alexandria and then studied law at the universities of Leeds and Cambridge. He was stateless before becoming a British citizen. After working in academe and legal practice in London, he became a High Court judge in Kenya before returning to the UK to practise as a barrister and to resume academic work at SOAS. He became the first Arab and Palestinian circuit judge. He was a Greek Orthodox Christian who had a lifelong interest in the law surrounding the Palestinian cause, including a prominent role in drafting its Basic Law. He saw himself as a Palestinian refugee and went on to be a judge in two legal systems in two continents, in Kenya and in England. His father Michel Cotran, had the same distinction, having been Chief Registrar of the Judiciary in Jerusalem under the British Mandate, then becoming a refugee in Egypt before becoming a judge in Nigeria and then Chief Justice of West Cameroon.

Between them, these two lawyers took on the establishment and won for their clients who were entitled to live in the UK. The government was acting as if Mrs Phansopkar and Mrs Begum were ‘queue-jumping’ and as if queuing to suit the government was the ultimate British value. Instead, Sib Kadri and Eugene Cotran established that their clients had rights which would be vindicated by the courts in the spirit of Magna Carta, that justice delayed is justice denied, a lesson which still needs to be applied daily.

Simon Lee is Professor of Law and Director of Citizenship & Governance Research at the Open University.