Day 52, Year of #Mygration: The “Refugee Crisis” and the Neglected Voices of Local Populations 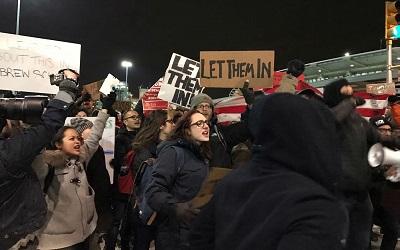 This is a featured blog post by Dimos Sarantidis, PhD candidate at The Open University.

I was born and raised on Lesvos, a Greek island lying in the north-east of the Aegean Sea which, since 2015, has become the epicentre of the so-called refugee crisis. I worked there for various non-governmental organisations (NGOs), providing legal aid to refugees, and I was also a member of a number of local grassroots movements and local assemblies. At the end of 2015, however, I moved and decided to start a PhD exploring the voices of local people affected by the crisis.

The fact that such an unprecedented humanitarian intervention by various actors – including NGOs, the United Nations and European Union agencies – was taking place on the Greek islands in order to manage the refugee crisis is what first attracted my attention. This interest was further heightened by an official statement made in September 2015 by António Guterres, the head of the UN refugee agency. In it he stated that: “Exceptional circumstances require an exceptional response. Business as usual will not solve the problem.”

This exceptional response included the closure of the so-called Balkan route, implementation of the EU-Turkey Statement and introduction of the geographical restriction rule on the Aegean Islands. Greek people, who were already experiencing the enforcement of exceptional measures due to the country’s financial crisis, now found that many of its islands were being transformed from places of solidarity for refugees to open-air prisons. Prisons in which thousands of refugees were now stranded and where management of the crisis had been mainly assigned to NGOs and international agencies.

Undoubtedly, this situation raises questions about the violation of refugees’ human rights, their settlement, or the enforcement of a new border and migration regime. However, what is often overlooked is the implications of that intervention for local populations. Despite the fact that local residents of islands such as Lesvos had been dealing with the reception of refugees for a long time, after the beginning of the refugee crisis the international actors started imposing upon them certain values and practices on how to manage the issue.

Until then, most locals didn’t even know what NGO stood for and had never met a professional humanitarian. As a result they were often sceptical, with some arguing: “They [NGOs] don’t take into consideration what the local people have gone through and how this has affected their lives, their mentality, their businesses […]. They never came to ask: ‘How can we help you?’ Because it’s not only a crisis for the refugees, it’s a crisis for every local community that the refugee crisis passes through.”

Such a huge humanitarian intervention has created discomfort for locals who watch humanitarian organisations enacting exceptional policies, without ever considering their voices or needs. That’s why it’s so common to hear locals arguing that, “It was like being colonised.”

Indeed, in an echo of Michael Herzfeld's concept of crypto-colonialism, some testimonies suggest that even some Greek state officials were inclined to view the well-financed foreign organisations as being closer to colonialists than humanitarians. According to Herzfeld’s theory, crypto-colonialism is a disguised form of colonialism that, due to its asymmetry being hidden, is even more difficult to contest.

Dimos Sarantidis is a PhD candidate at The Open University. Before joining the OU, he worked for several years as a human rights lawyer in the not-for-profit sector, providing legal aid to asylum seekers and detained border crossers in Greece. His current research focuses on Greece, specifically on the intervention of NGOs and other surveillance bodies after the so-called refugee crisis.