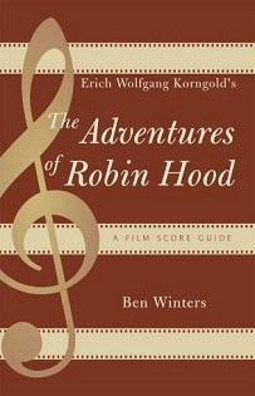 Written by Dr Ben Winters, Senior Lecturer in Music at the Open University.

The rise of Nazism in twentieth-century Europe undoubtedly triggered a mass migration that affected people of all walks of life. For Jewish composers with an international reputation, who thus had the means to escape, the relative safety and opportunities offered by the United States were compelling. For some, like Arnold Schoenberg, teaching posts at American universities allowed a degree of stability that enabled them to continue composition—albeit with a conflicted sense of exile and gratitude towards the land that had welcomed them. Schoenberg, in fact, talked of having been “driven into paradise”. Others threw themselves into the culture of their adopted home: Kurt Weill, for instance, made a major contribution to American musical theatre.

Much of my research work focuses on the Jewish Viennese composer Erich Korngold (1897–1957), for whom Hollywood provided sanctuary from the threat of Nazi persecution. Korngold’s talents had been hailed by Mahler, Richard Strauss, and Puccini, and he’d written one of the most popular operas of the 1920s, Die tote Stadt. He’d also already dipped his toes in the waters of Hollywood as far back as 1934 when he’d arranged Mendelssohn’s incidental music to A Midsummer Night’s Dream for Max Reinhardt’s Warner Bros. version of the Shakespearean play, and he’d continued to flirt with the medium while maintaining his career in Europe. When the Anschluss between Germany and Austria happened in March 1938, he was fortunately already in Hollywood working on The Adventures of Robin Hood, which was to win him his second Academy Award (and which formed the subject of my first book in 2007). He was able to arrange for his immediate family to join him just before the Austrian borders closed, and he thus became part of a flourishing émigré community of European artists in Southern California for whom Hollywood offered stability and creative opportunities. He could say with all seriousness that Robin Hood saved his life.

Korngold made a lasting contribution to the sound of Hollywood film music, to the degree that composers like John Williams still cite him as a major influence. Like many who have left their homes, though, Korngold suffered from a certain degree of homesickness, and he appeared to use every opportunity in his film scores to conjure a musical image of his homeland: Kings Row (1942), for instance, prompted him to write a Johann Strauss-pastiche waltz when the main character, Parris Mitchell, studies in Vienna; the score of Juarez (1939) encourages us to sympathize with the Austrian Archduke Maximilian and his wife Carlota, rather than the title character and notional hero, the Mexican leader Benito Juarez; while, unsurprisingly given the timing of Korngold’s work on the film, The Adventures of Robin Hood (1938) was known affectionately among members of the Warner Bros. orchestra as ‘Robin Hood in the Vienna Woods’. Eventually, after the war, Korngold was able to visit Austria, and to make use the thematic material of his film scores in new works for the concert hall—though he lived the remainder of his life in Hollywood. Like many migrants, then, Korngold was able to make a profound contribution to the cultural life of his new home while continuing to reflect and transform the heritage and traditions he brought with him.