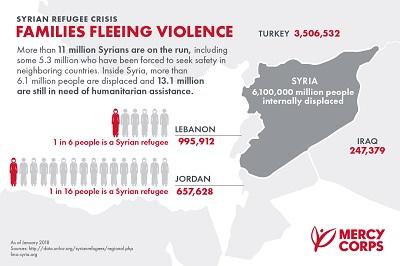 "A social turmoil and violent atmosphere can force a vast proportion of the population to flee their country. The recent Syrian war is one such example which resulted in the migration of millions of people since the start of the war. A vast majority of this population are homeless with no access to even the most basic amenities for survival, some trying to find their way in refugee camps while others are helplessly waiting to settle their families in more peaceful countries to provide a better future for their children.  Such crisis is illustrated by the Mercy Corps

"Such migration turbulence can cause complex humanitarian, social and economic issues not only to the refugees but also to the hosting countries as well as the various governmental and aid agencies. These agencies require migration data to understand the intensity of expected migration flow and thus successfully plan the entire situation by causing least trouble to the refugees upon arrival as well as to the help providers themselves. The underlying problem is the unavailability of timely migration data which in fact is difficult to collect and publish. Recent studies recognised the increasing use of social networking platforms amongst refugees to seek help, express their hardship and difficulties during their journeys to their destinations. Employing machine learning and data mining techniques on this publically available social media data may provide help in predicting the trends in upcoming mass migration movements. Such analysis may not be entirely accurate but could provide estimated patterns of migrating population to the aid providing organisations."

Smarti was a PhD student in School of Computing & Communications and she worked as a consultant for OU on the project of: Predict migration patterns of refugees using big data methods. 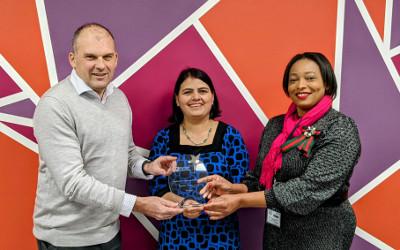