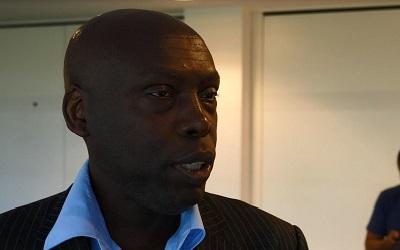 As we live through a summer of World Cup fever, I am reminded of my first visit to Milton Keynes in 1996 when, thanks to the anthem of Euro 96 (the European Championships then being held in England), hopes were high that football would come “home” via an England win.

When I next returned, in the summer of 2014, I was no longer a visitor but a migrant looking to establish myself. Although this time, unlike my previous migration to a Western nation, it was voluntary and, as a decade earlier I had become an EU citizen through naturalisation, I did not need a visa.

However, before I focus on the development of my sense of belonging, I would like to make a few confessions.

When I was twelve years old, and preparing to move to an all-boys boarding school, my grandmother, Sarah, told me not to worry. She advised me to be friendly and to make an effort to extend my networks. She said that as the eldest child in the family, it was an opportunity to acquire proxy bigger brothers. It was therefore in the context of spending the next seven years in three different schools that I first started to understand the thrust of internal migration, and my grandmother’s advice has lived with me since that time.

My experience of external migration is also extensive. It includes three years in Kenya, one year in the Democratic Republic of Congo, nineteen years in Ireland and nearly four years in the UK.

I have worked with internally displaced people, asylum seekers, refugees, economic migrants and undocumented migrants in both Africa and Europe. I have witnessed migration at borders, visited immigration removal (detention) centres and asylum centres and observed immigration tribunal proceedings first-hand.

During that time, I have worked with internally displaced people, asylum seekers, refugees, economic migrants and undocumented migrants in both Africa and Europe. I have witnessed migration at borders, visited immigration removal (detention) centres and asylum centres and observed immigration tribunal proceedings first-hand. On a more positive note, I have also witnessed citizenship ceremonies where, in theory, the outsiders became insiders.

In fact, it was my interest in migrants’ endeavours to develop a sense of belonging that led to my doctorate focusing on migrants living in Ireland who had gone beyond economic, cultural and social integration to engage in politics through both electoral and non-electoral processes.

My research subjects were by and large involved in community organising, development and engagement. These social practices enabled them to acquire the local credentials they needed to engage in politics as well as a social capital they could leverage to deliver successful campaigns for those who preferred non-electoral politics (or “infra-politics”).

I learnt that social capital is a powerful resources in migrants’ integration and their development of a sense of belonging – not least my own. (Although this does not mean that I have completely lost my outsider status.)

Social capital is 'the aggregate of the actual or potential resources which are linked to possession of a durable network of more or less institutionalised relationships of mutual acquaintance and recognition – or in other words, to membership in a group – which provides each of its members with the backing of the collectively-owned capital'

Bourdieu, Pierre (1986)
The Forms of Capital. Pp. 241-258 in Handbook of Theory and Research for the Sociology of Education, ed. J.G. Richards. New York: Greenwood Press.

To return to Milton Keynes, a sermon by The Reverend David Moore, a retired Methodist Minister, on January 1, 2017 at the Church of Christ the Cornerstone, really hit home. In it, Reverend Moore reminded the congregation that we all come from somewhere – indeed, many scholars argue that the Bible is the first publication to document migration – before asking for a show of hands from those over the age of 18 who had been born here. To my surprise, not a single hand was raised.

My grandmother’s words came back to me. I had no need to justify my MK credentials. I was home.

Belonging, then, is a state of mind. For activists like myself, being welcomed to a new city is a call to action. Belonging implies rights but also responsibilities. It requires caring for others and working to make our home town a better place. It is this that led me, along with colleagues, to launch officially the Fight against Hate campaign in April 2017, run through Citizens:MK, an alliance of over a dozen local community groups and a local chapter of Citizens UK.

In the same year, I was elected to the Ecumenical Council of the Church of Christ the Cornerstone and became a Church Warden. In addition, I also became an Honourary Vice-President of MK Community Foundation and a Visiting Research Fellow at the Open University.

Through my civic engagement, I was putting into practice the values of Ubuntu. The wisdom my grandmother passed on to me  – and which had been passed on to her by previous generations though storytelling and other forms of oral tradition – was embedded in the Ubuntu world view. Ubuntu philosophy – in Mbiti’s words – suggests that “to be human is to belong to the whole community, and to do so involves participating in the beliefs, ceremonies, rituals and festivals of that community”.

Social capital acquired through civic engagement is hence accessible to all, including refugees, asylum seekers and other migrant categories. It demonstrates the importance of playing our part in making the world – starting in our community – a better place.