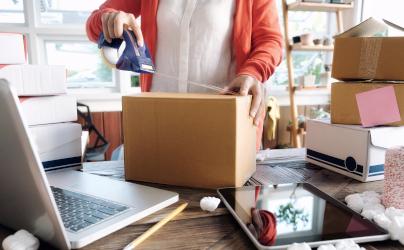 Findings from the first study of the impact of COVID-19 on the UK self-employed highlights the need for support for this sector in the wider recovery.

Professor Elizabeth Daniel, Professor of Information Management in OU’s Faculty of Business and Law, and her collaborators have completed the first stage of a COVID-19 Rapid Response grant of £178,000 by UK Research and Innovation and the Economic and Social Research Council under their COVID-19 research funding.

Professor Daniel is working with collaborators from the University of Southampton and Cardiff University on the project, which started in July, and has undertaken statistical analysis of large-scale, publicly available datasets including the Quarterly Labour Force Survey.

Initial findings from the statistical analysis show that the number of self-employed was 232,000 lower in April-June 2020 compared to the previous quarter (January-March 2020) and 210,000 lower than the same quarter in the previous year (April-June 2019), reversing the strong rise in self-employment going back four years to 2016 levels.

There are strong regional variations in this reduction with almost half of the total reduction in London (47%, or 109,000 people). In contrast, self-employment grew in Scotland and the West Midlands and remained largely unchanged in Northern Ireland.

“The effect of COVID-19 has been dramatic for workers in the UK – but particularly so for self-employed workers, across sectors and regions. This highlights the importance of ongoing and targeted support for this important sector in the wider UK recovery from this crisis.”

The findings are based on a total of 13,524 people who participated in both the April and May surveys and are between the ages of 16 and 69.

The next stage of the research is to undertake interviews with the self-employed.