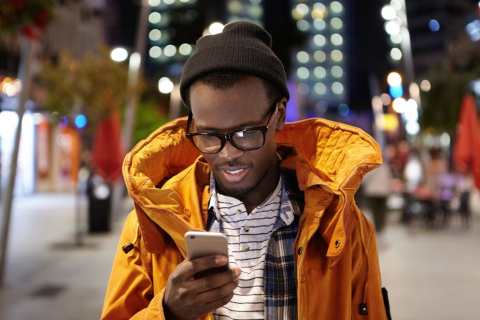 In a recent RAC survey, 26% of UK 1,700 motorists reported using a handheld mobile phone while driving, despite it being illegal. In response, road safety charity Brake, argued that society’s phone “addiction” can have very serious consequences.

A quick online search throws up many articles suggesting that people are “glued” to their smartphones and therefore miss important and enriching experiences and interactions going on around them.

But psychological research shows that not only do people miss things because they are staring at their phone’s screen, they also miss things when they’re looking ahead but talking on their phone. In fact, people conversing on a phone can appear to look at something yet fail to consciously detect it.

This “inattention blindness” has been demonstrated in various ways, including the famous “invisible gorilla” experiment. By focusing on one particular task (such as counting how often a basketball is passed between team members) we can miss other, highly salient events in the scene – such as a person dressed as a gorilla.

The ability to focus our attention like this is extremely useful, as we simply couldn’t process all of the incoming visual information that we are constantly bombarded with. But in some situations, inattention blindness can have serious consequences.

Here’s research on five things you can’t do properly while on your phone:

Drivers using a hands-free phone are far less likely to notice and react to hazards, even those directly ahead of them. This leads to increased stopping distances and a four-fold increase in accident risk. Research suggests this inattention blindness is produced by the need to share limited mental resources between tasks.

Phone conversations have a visual component – you picture where your conversation partner is and what they are saying – and this mental imagery draws on resources which are needed for accurate visual perception. Consequently, someone on the phone can look at, but not see, a hazard.

Pedestrians talking on the phone are more likely to be injured crossing the road. They tend to take longer to decide to cross, and then walk more slowly. They also make more unsafe judgements on crossings.

In one study, phone-users successfully crossed a simulated street only 84% of the time. Compared with other distractions, including listening to music, phone use is associated with poorer decision-making, missed opportunities to cross and increased likelihood of being involved in a collision.

3) Take the most direct route

Phone-users may change the way they walk, which in turn affects the route they take and what they notice around them. One observational study found that people talking on the phone were more likely to change the direction they were walking in, were less likely to be aware of other people around them, resulting in them getting in other people’s way, and tended to walk more slowly than people who were either listening to music or undistracted.

Even a highly practised and “automatic” task like walking can become disrupted when a person’s attention is diverted to a phone conversation. Another study looked at participants’ gait while walking to a previously learned destination. Compared to undistracted walkers, phone users walked slower and made more lateral deviations from the set route, meaning they walked further than needed.

Phone-users are less likely to recall seeing advertisements that they have passed while on the phone. Research has shown that even though people distracted by a phone conversation look at advertisements as often as those who are undistracted, they don’t remember them when later questioned. 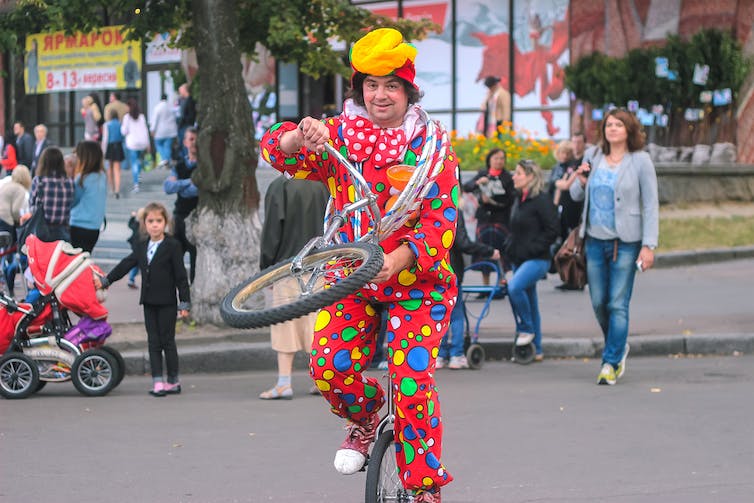 One study neatly demonstrated the power of inattention blindness in phone users by observing people distracted either by a phone call, a conversation with another person, or listening to music.

Walking across a large square on a college campus, participants passed an unexpected and highly visible item – a clown on a unicycle. While those talking to another person or listening to music mostly noticed the clown, only 25% of people on the phone reported having seen him. Unsurprisingly, these phone users were quite shocked to have missed something so obviously attention grabbing.

So, it appears from the available research that people talking on their phones have diminished “situation awareness” – they are less conscious of what is happening around them, which can have important implications for their own and others’ safety. Phone users are more likely to miss important and highly visible events – and crucially are often unaware of how unaware they may be. 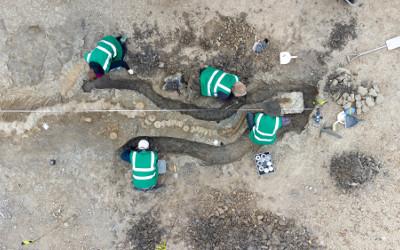