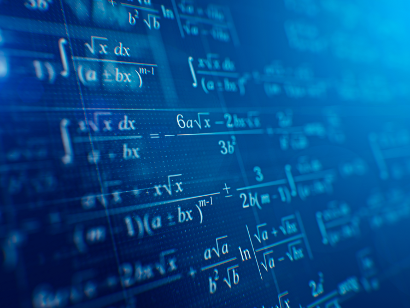 OU researchers have received a grant to investigate a major problem in an area of mathematics called ‘dynamical systems’, a subject that has seen huge growth in recent decades.

Professor Gwyneth Stallard (PI) and Professor Phil Rippon of the OU’s Faculty of Science, Technology, Engineering and Mathematics, have been awarded £384,000 from the Engineering and Physical Sciences Research Council for a three-year project entitled “Classifying wandering domains”, which will produce a new theory for researchers working in this field.

According to Professor Rippon, dynamical systems are mathematical systems that evolve over time according to the repeated application of certain formulae; such systems arise in many contexts, such as predicting the weather or the motion of the planets. Although the formulae involved are often fairly simple, the behaviour of the systems as they evolve, the so-called orbits of the system, can often be highly complicated and lead to unexpected phenomena.

Recently, Professors Stallard and Rippon, together with German researcher, Professor Walter Bergweiler, managed to produce a classification and a complete description of the dynamical behaviour within wandering domains of one major type, and this has already proved useful in the solution of other apparently unrelated problems in this area of dynamical systems. 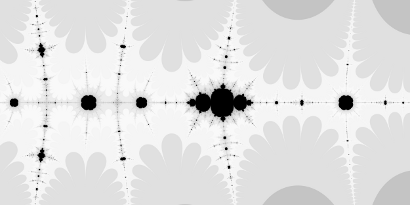 This new project aims to do the same for the only other major family of wandering domains, the so-called ‘simply connected wandering domains’. One challenge is that the latter family can display many different types of dynamical behaviour – just one example of such a wandering domain appears in the computer picture (pictured to the right), a fairly simple complex function with a wandering domain shaped like a cauliflower, whose orbit over time marches indefinitely

Professor Stallard said: “This project will seek to develop a general theory of simply connected wandering domains, within which examples such as this ‘wandering cauliflower’ can be clearly classified. This fundamental theory should then prove a key tool for researchers working in this area.”

Read about OU research in Mathematics