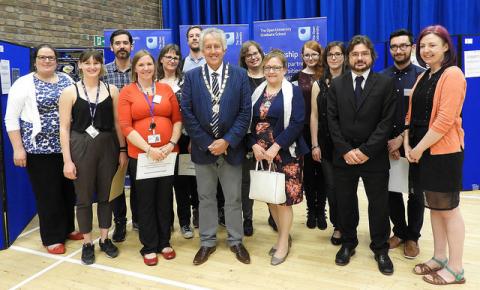 Two PhD students who did their research into the UK healthcare system have been awarded first prize in the OU’s twelfth Postgraduate Research Student poster competition which took place in June 2017.

Zana Saunders, a first year PhD student in the Faculty of Wellbeing Education and Languages, won joint first prize for a research project on Exploring Perspectives of Palliative Care in Milton Keynes: A Case Study of a Hospice. In this research, she plans to investigate Willen Hospice in Milton Keynes, how it is perceived, its values and ethos, as well as its relationship with the local community. She will also explore why there is a lack of diversity within hospice care in Milton Keynes. 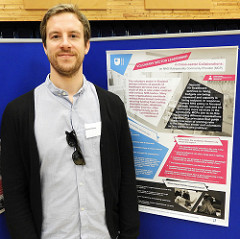 The other joint first prize winner, Daniel Haslam, a first year PhD student in the Faculty of Business and Law was awarded for his research project on: Voluntary Sector Leadership in the context of cross-sector collaborations: an NHS multispecialty community provider (MCP). In this research, he will investigate how one of the six new MCPs will work in practice with a particular focus on how voluntary and non-contracted organisations can play a role in the project.

Over 40 PhD students took part and the competition entries reflected the wide range of postgraduate research undertaken at the OU, and included posters outlining the effects of shift work on cognitive performance, exploring the experience of returning to civilian life after military service, and suggesting new approaches to understanding prostate cancer and Parkinson’s Disease. 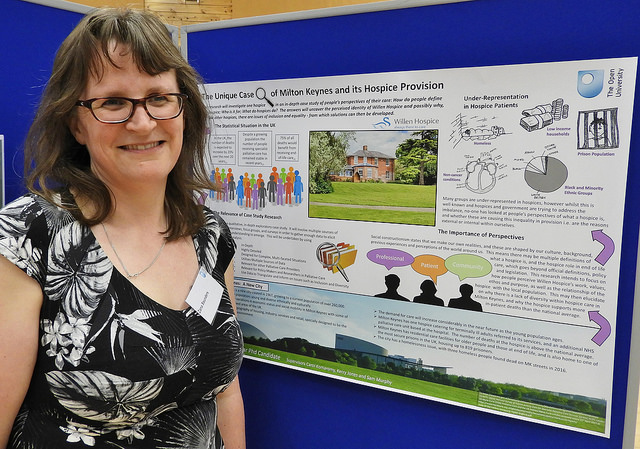 “The OU Graduate School aims to develop open, engaged, digitally literate researchers with the skills to communicate their research findings to the general public,” said Head Judge, Dr Helen Bowes-Catton, Lecturer in Research and Academic Strategy. “These skills are central to successful 21st century research careers, and we’re proud to see them very much in evidence in the competition.”