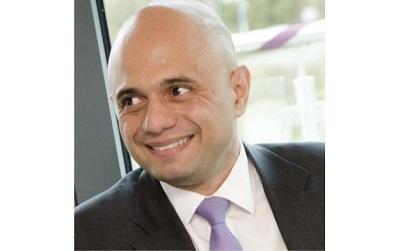 This article was originally published in The Conversation by Dr Tendayi Bloom, OU Lecturer in Politics and International Studies.

Britain’s increasingly brutal regime of “migration control” has come to a head. After almost two years as home secretary, Amber Rudd resigned on April 29, apologising for misleading parliament of deportation targets, amid public revulsion at the treatment of British people who had come from the Caribbean half a century ago. The prime minister, who introduced many of those policies, remains in post.

In distancing himself from Rudd, her replacement Sajid Javid expressed an intention to focus on making Britain’s immigration system not “hostile” but “compliant”. To make it more humane too, here are six things he should think about.

1. Don’t use migration control as an excuse

When migration control stops being about crossing external territorial borders and turns instead to who gets access to particular services, people can be displaced without moving. And that’s dangerous. It resulted in unknown numbers of the “Windrush generation”, who were living normal lives for decades, suddenly being threatened with exclusion from British society unless they could prove otherwise. The label “migration control” must not be used to justify activities that are not about controlling migration.

And the proper reach of “migration control” should be considered when negotiating the future of citizens of other EU countries currently living in the UK, and UK citizens elsewhere in the EU. Such individuals may have migrated a while ago, but now they are members of their communities. Making sudden changes to what access they have to services within those communities would not be about migration control. It would be about displacement.

2. Human rights must be for everyone

In the UK today, many human rights have become dependent upon documentation and status and this has mostly become socially acceptable. In the latest review of the UK by the UN Human Rights Council, many concerns were raised about the effects of migration control.

Policies are putting human rights out of reach for some in the UK. For example, some visas make employees dependent upon employers and unable to complain about abuse. Healthcare providers are being asked to police access. Irregular immigrants are forbidden from both work and welfare, and some may even be prevented from accessing homelessness support, leaving no legal access to food and shelter.

These are all framed as “migration control”, but their focus is on controlling access to human rights, not controlling migration.

Naturalised British citizenship can currently be revoked while a person is overseas if there is a concern that their presence is “not conducive to the public good”. A 2015 Supreme Court ruling confirmed that this would be acceptable under British law even if it leaves someone with no citizenship at all. Without citizenship, a person may be unable to work, travel, or marry anywhere on Earth.

And yet, Britain is party to the 1961 Statelessness Convention which forbids the creation of statelessness. This policy also creates further inequality among British citizens – since only naturalised citizens are at risk – and undermines Britain’s ability to criticise other countries that illegally strip their citizens of citizenship.

4. Assumptions of exclusion must be questioned

As the hostile environment has become entrenched, wider circles of people have been affected by the assumption of exclusion and by the need to prove eligibility for membership of British society. Recent scandals have focused on redressing this in cases involving doctors, academics or those who arrived on the Windrush. But we should not ignore the countless others denied rights in the UK in the name of migration control, whose cause has created less outrage.

For example, it might be hardest to empathise with foreign nationals convicted of crimes. But for over a decade, foreign nationals who have served UK custodial sentences have been at increasing risk of arbitrary indefinite detention, even deportation – no matter how long they have been in the UK. In 2009 one individual described leaving a prison, believing they were going to be freed and without explanation arriving at a detention centre.

Since then, increasing categories of people have been subject to administrative detention, including irregular migrants, asylum seekers (the largest group currently in detention), stateless persons, children and people who arrived in the UK as children and it even played a role in the Windrush scandal. It’s now time for arbitrary immigration detention to stop, along with the assumption that people can be excluded from British society unless they can prove otherwise.

Where policy has not responded to the changing make up of the population and politicians have not listened to local concerns, there has been conflict. There needs to be open public discussion about the changing needs of communities and a fair distribution of resources.

Javid becomes UK home secretary at a crucial juncture for global policy around migration. The UK is not the only country that has been cultivating a hostile environment and using the label of “migration control” to sanction an increasingly broad range of measures – look for example at Australia and the US.

UN member states are currently negotiating a global compact for safe, orderly and regular migration, to be launched at a UN intergovernmental conference at the end of 2018. The initial drafts of this compact set out to reframe migration policy away from control. The UK has the opportunity to demonstrate how this reframing can occur in practice.