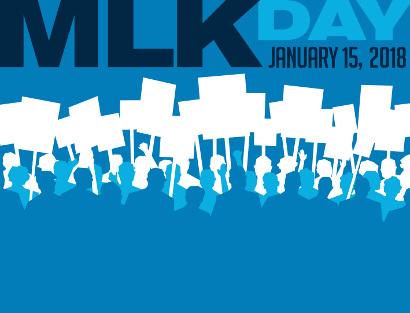 The third Monday of January is Martin Luther King Day in the USA.

The Open University’s OpenLearn account of Martin Luther King Day links through to materials on such topical debates as whether it is right to blame previous generations for past practices and the role of private sector companies in the public sphere, for instance in building or running asylum centres.

In 2018, the President of the USA has sparked controversy all around the world with alleged comments on migrants and their countries of origin during a meeting at which he was signing his message for this day which was established to honour both Dr King, the Nobel Laureate himself, and the causes he espoused of civil rights with freedom and equality for all.

Here in the UK, the House of Commons Select Committee on Home Affairs is today launching its report arising from its national conversation on immigration and immigration targets.

Meanwhile, the world of sport is mourning Cyrille Regis who has died unexpectedly at the age of 59. He was one of the first generation of footballers who took on the racism in the game and rose above it through his brilliance on the pitch and his sparkling personality.

How do these three elements of news relate to one another and to our Year of #Mygration? Issues of migration, race and justice are intertwined. For example, Cyrille Regis, the third black player to be selected for England, was born in French Guiana and came to England at the age of five. French Guiana neighbours Brazil and is a part of France and therefore the European Union.

In the rest of January, we are exploring what it means to be ‘Open to People’ in the face of daily news of controversies around migration and migrants and we are celebrating the lives of migrants.