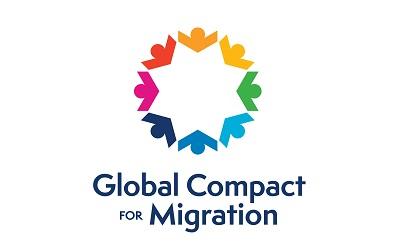 Dr Fidèle Mutwarasibo, Visiting Research Fellow in the OU's Centre for Voluntary Sector Leadership, discusses the Intergovernmental conference on the Global Compact for Migration taking place in Morocco which yesterday, saw the signing of a non-binding agreement on managing migration in the world. We previously highlighted how a group of Open University academics gave evidence and fed into the development of the Global Compact. The conference concludes its proceedings today.

After yesterday's 70th anniversary of the Universal Declaration of Human Rights, it is ironic that some of the resistance to the adoption of the Global Compact for Migration stems from the fact that it uses human rights terminology. In addition, the resistance in some countries is motivated by the fact that their political elites don’t want to be seen to be “weak” on immigration. Migration is a big challenge that can be ignored or just dealt with as a security issue. Migrants are human being, after all, their experiences affect us all. We can’t ignore them, just because they have no nation-state to defend and uphold their human rights.

Today over 258 million people are migrants living outside their countries of birth. If they were all citizens of a nation state, their nation would be the fifth largest nation based on population between Indonesia (over 266 million) and Brazil (over 220 million). Without a doubt, a country with such population size would be knocking on the United Nations’ door looking for a seat on the United Nations Security Council. The migrant population is going to increase due to the forces of globalisation and other pull and push factors. Over the last 12 months, these factors have been subject of discussion on this platform.

Moreover, this is just hypothetical.  Migration continues to be a political issue in sending, transit and receiving countries. As we were marking International Human Rights Day yesterday, an essential event in the context of human rights and migration was taking place in Morocco. The two-day conference ends today.

The global compact comprises 23 objectives for better managing migration at local, national, regional and global levels. These objectives are:

In a nutshell, the Global Compact for Migration:

So why were so many countries opposed? The authors highlighted the following reasons:

The migration phenomenon is not going to disappear just because there is no consensus on how to manage it. Behind the numbers, there are people whose experiences can't be ignored. The Global Compact for Migration is just an attempt for the nations to get their act together in coordinating migration and curtailing the chaos that enables human traffickers’ businesses to flourish. There is no doubt that the dialogue is going to continue, and one would hope that one day, we will have a rational migrant centred debate on migration. Before we cross that bridge, there is no doubt that the politics of migration will continue to be driven by fear of the stranger.