Day 168, Year of #Mygration: The hostile environment for immigrants 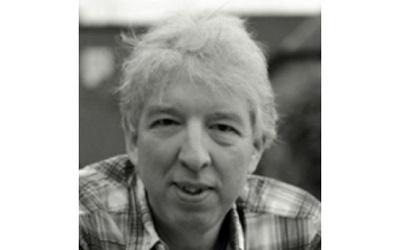 Are vulnerable citizens being neglected by the elite who can decide their fate? Dr Dave Middleton, a Staff Tutor and Senior Lecturer in Politics at The Open University in Wales, investigates.

Dexter Bristol, 57, died last year after being sacked for having no UK passport and denied benefits as officials did not believe he had a legal right to remain in the UK. He had moved from Grenada to the UK in 1968, aged 8, to join his mother who was working as an NHS nurse, and spent the rest of his life in the UK. His mother now believes that he was a victim of the Government's so-called 'hostile environment' policy which was introduced by Theresa May when she was Home Secretary.

The ‘Windrush scandal’ came to light as a result of excellent investigative journalism by Amelia Gentleman in The Guardian  and was responsible for the resignation of Home Secretary Amber Rudd. Despite the effect the policy has had on an entire community the press coverage has, on the whole, been more concerned with the effect on Amber Rudd’s career than the social devastation caused by a callous policy that has had little known effect on reducing the number of immigrants in the UK.

It is not clear how many ‘illegal’ immigrants there are in the UK, but what is clear is that this policy and its accompanying ‘leave now’ vans were designed to intimidate a particular community.

Whilst many people support anti-immigration policies making them appear rational and popular, there is some evidence that they are motivated more by political prejudice than a cost-benefit analysis. In November 2016 the New Statesman reported that the cost of reducing migration to Government targets could be as much as £6 billion per year.

The policy and its political fallout is largely treated as if it was an accident, an oversight, and a personal tragedy for Amber Rudd. But, such policies are not accidents. They are the result of an indifference to the personal impact such policies have on individuals. An indifference borne of a myopic view of society. They result, in part at least, from a failure of our democratic system to take account of the diversity of the population it ostensibly serves.

The hostile environment to immigration is only one of a series of hostile environments established by the current Government. The disabled, single parents, unemployed, those who rely on benefits have all been treated, in one way or another, to versions of the hostile environment. The Ken Loach film 'I, Daniel Blake' showed brilliantly how difficult it has become in the UK to claim benefits. Rather than social security, as we used to call it, being a safety net for those in need it has become a bureaucratic means of humiliating individuals whose only crime is to have fallen on hard times.

A recent ONS Report gives some idea of the scale of a ‘problem’ created by the Government’s obsession with targets. The Department for Work and Pensions have set targets for their advisors to reduce the numbers of people on benefit. This has been managed by the simple process of using a Work Capability Assessment (WCA). Those deemed ‘fit for work’ are denied benefits. Between May 2010 and February 2013 just over 2 million people had WCA’s. Of those, 40,680 were dead within a year. The ONS is careful to point out that as the cause of death is unknown in most cases then it is not possible to infer a correlation of one to the other.

But, it is not just suicide. The strain that ordinary people are placed under as a result of being denied benefits or being investigated by the Home Office is cruel and usually unnecessary. For the victims of these deliberately created hostile environments life becomes like living in a Kafka novel.

“He didn’t leave a suicide note. He left on his desk two letters. One was a letter from the Department for Work and Pensions informing him his incapacity benefit had been stopped and the other was from the council informing him his housing benefits had stopped.”

These policies are proudly presented by the Government and are often popular with the electorate. It is easy to think that the Government are deliberately targeting the poor and vulnerable. But, it is also likely that the Government and those who surround them simply have no frame of reference for the effects of their policies. They are not in a position to understand what it feels like to be poor, to be vulnerable, to be disabled, to be a member of a despised social group. Even when the reality is presented to them, they find it hard to believe. Damien Green, then Minister for Work and Pensions described Ken Loach’s film I, Daniel Blake as “a work of fiction… It bears no relation to the modern benefits system.”

A recent report by The Sutton Trust shows that 54% of Conservative MPs attended fee-paying schools, compared to only 7% of the population as a whole. Overall, 13 schools (12 of which are fee paying) produced a tenth of all MPs in the Houses of Commons. Whilst 90% of MPs now have a degree, amongst the Conservatives 38% were Oxbridge graduates. The fact is that when the ruling party is drawn from such a narrow strata of society it is more than probable that they share the same assumptions about the way the World should be arranged. Moreover, their range of experience is limited to moving in circles of people who share the same social outlook and who have always had comfortable and mostly debt-free existences.

Those at the top of Government are even more likely than the average MP to be drawn from a privileged elite for whom poverty, benefits and discrimination can only be learned second-hand and not from the everyday experience that is the reality for many working class people. Theresa May, for example, was educated at a private Roman Catholic School for Girls before graduating from Oxford. She then worked at the Bank of England. Amber Rudd, her successor at the Home Office, is the daughter of a stockbroker who was educated at the private Cheltenham Ladies College, before graduating from Edinburgh University. Before becoming an MP she worked for JP Morgan. Whilst her successor Sajid Javid came from a working class background, his early working life was with Deutsche Bank.

Whilst these policies which are inherently hostile to sections of the working class are presented in terms of unavoidable decisions to balance the books, they are in fact borne from a well of shared assumptions within the Conservative Party about the dangers of immigration, about the indolence of sections of the working class and about the inadequacy of public services. The hostile environment is not just for immigrants, it is for anybody who does not share the experiences of privately educated privilege and the financial sectors.

See the original article on OpenLearn 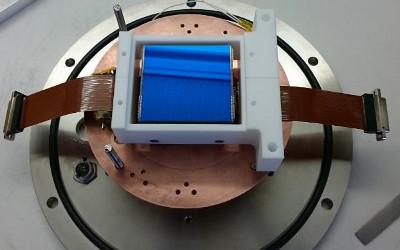