Day 176, Year of #Mygration: Overcoming hate through the promotion of interactions between diverse members of society 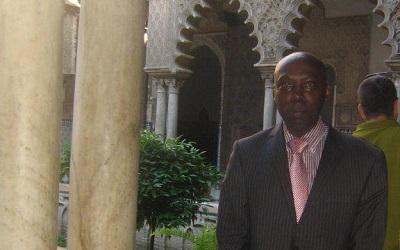 Recently, while I was discussing diversity in religiosity over coffee with some OU colleagues, an article in the Washington Post, The uncomfortable question: Was the Brexit vote based on racism?, came into my mind. The reason it did is simple. Whenever Brexit is mentioned, a section of the population claim that race was embedded in the debates either for or against it. Indeed, the increase in incidents motivated by racial and religious hatred after the referendum is used by some to suggest that many among the leave voters were motivated by racism.

The discussion also reminded me of a meeting Citizens:MK organised following a hate-motivated incident in Bletchley that resulted in a pregnant victim losing her baby. At the meeting, one person expressed his anger and asked participants from minority backgrounds if they had experienced hate in the aftermath of the referendum. Although thankfully no one in the group had been directly affected, they were aware of incidents in their wider networks and the use of symbols with subtle – and indeed overt – references to migration during the campaign was noted.

However, everyone at the meeting agreed that as implementation of Brexit was now in the hands of the political leaders, it was time to move on and to work on community resilience. They also agreed that it would be unwise to label those who voted in a particular way racist and that it was time for action. As a result, it did not take long for the Fight Against Hate campaign to emerge.

Those on either side of the Brexit debate came from all sections of society and it would be a travesty to fall into the racism trap, thereby creating a wedge in our communities. To illustrate this, I’d like to share two encounters I had — one before and one after the referendum — that helped me to understand the complexity of people’s motivations. The first was with a taxi driver of Pakistani descent who told me that he was going to vote “leave” as it would open up migration opportunities for people from the Commonwealth. The second was with a woman of African extraction (first generation migrant) who told me that she voted “leave” because people from her country of origin who moved to the UK after securing citizenship in other EU member states were being prioritised for social housing over people such as herself.

By making clear that there is no such thing as a typical leave or remain voter, these two examples (which I’m sure are not uncommon) demonstrate how important it is not to make assumptions about what motivates people to vote in a certain way. Indeed, they urge us to live together, to acknowledge and to appreciate our differences. Brexit has, among other things, given us the opportunity to discuss our migration-related fears and anxieties. What matters now is how we choose to deal with our cultural differences. Xenophobia and hate existed before the referendum, the only difference is that some people have since been emboldened to express publicly what they previously said only in private.

Brexit has, among other things, given us the opportunity to discuss our migration-related fears and anxieties. What matters now is how we choose to deal with our cultural differences.

An increase in the reports of hate crimes and incidents will help advocates, such as myself, in lobbying and asking powerholders to do more. It will motivate those who were previously passive to become active. It will encourage people and institutions to raise awareness and lead to an increase in the number of people taking courses on diversity awareness and unconscious bias. In this way, positive messages will emerge from a negative situation and will help to build people’s confidence in dealing with challenges such as hate and discrimination. As Alessandra Buonfino argued in Integration and the Question of Social Identity, “creating the opportunity for contact can lead to friendships between segregated ethnic groups which in turn can lower prejudice and decrease the opportunity for conflict”. This is in line with the contact theory of integration, which contests the group-threat theory, a theory prevalent in communities where members of the majority population feel – rightly or wrongly – that minorities engage only with members of their own communities. (If you’d like to find out more, contact group theory is embodied in the cosmopolitan approach to integration which I discuss in an earlier blog post: Migrants as Agents for Change.)

It is easy to be apprehensive about someone you don’t know, especially when populist rhetoric suggests that migrants are responsible for all society’s ills. Although I do not wish to argue that contact with migrants will lead to dramatic social transformations in relation to tolerance, I have often been privy to negative comments being made on migration in my presence, only for them to be followed by statements such as: “This isn’t about you, you’re one of us.” This underpins my view that interactions with the “other” can help people to identify – and reflect on – their prejudices. I have seen people’s views on migration change as a result of having me in their network and realising the normality of what they might otherwise consider abnormal.

Elections and referenda often bring our fears into the open, and we need to address these. Refraining from talking to people who hold opposing views may mean we interact only with those who share our values, but being in an echo chamber can only go so far when dealing with complex issues such as migration and hate. It’s easy to fall into the race trap but, in our globalised world, the movement of capital and people will not stop any time soon. This is not to say that we should have an open-door migration policy. I am a firm believer in managing migration through addressing the push and pull factors that give rise to it. Dealing with migration at the border can only go so far. Managed migration looks beyond the receiving country to explore what is happening in the transition countries and, more importantly, to address the push factors in the countries of origin. This spectrum of the migration chain needs to be explored and discussed. The imagery of migration used around the Brexit referendum is just a symptom, it does not address the normative challenges underpinning migration.

Was it right to hold a Referendum on Brexit? Take our interactive OU quiz