Day 172, Year of #Mygration: Open University employee's fight to stop the deportation of her daughters 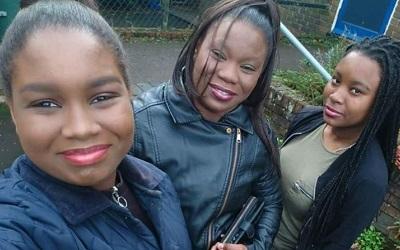 The purpose of the Year of Mygration is to highlight how we are all affected by issues of migration. If not personally, then very likely those close to you, as today’s post demonstrates. Today we highlight an Open University employee's fight to prevent her two daughters from being deported from the UK to the Seychelles.

Jeanette Valentin, Food Service Assistant at The Open University's main campus in Milton Keynes, is crowdfunding on JustGiving to save her teenage daughters.

The 16 and 18 year old girls named Nesta and Taniella - who have just completed their GCSEs and A-levels in Milton Keynes - have no family or home in the Seychelles, but will be deported to the Seychelles where they were born when they turn 20, unless they can get citizenship. Jeanette's only hope of keeping them with her is to pay for legal fees to help fight their case.

Jeanette is a British citizen, born to a family from the British island of Diego Garcia - a small British island in the Indian Ocean. Between 1968 and 1973, 2000 people were forcibly removed from the island to make way for a US naval base after Britain leased the island to the US. Jeanette's family were among these, and her mum ended up in the Seychelles, where Jeanette was born.

Between 1968 and 1973, 2,000 people were forcibly removed from the island to make way for a US naval base after Britain leased the island to the US

Jeanette's mum died when she was four, and Jeanette was adopted. At the age of 25, Jeanette - by now with two young daughters of her own, aged four and six - had to move to the UK to work, leaving her daughters behind with her adoptive mother. She spoke to them daily and, six years later in 2012, her adoptive mother brought them to the UK for a visit.

Without the right to British Citizenship by the UK Government, Nesta who dreams of being an architect and Taniella who wants to study psychiatry at university, are unable to work here or progress past A-levels. Worse still, they are facing deportation when they turn 20.

Jeanette - who has worked in the catering department at The Open University since 2012 - said:

We have no family anywhere else and my daughters have nowhere to go. I am depressed, sad, frustrated and confused - and so are they. They say there is no point in living without your family. They'll be considered adults at 20, but how can they go back to a country they don't know, where they don't have a home or any family? We need help.

Jeanette is liaising with her MP Iain Stewart who is offering ongoing support. Jeanette has also set up the family's JustGiving page to crowdfund to pay for legal fees to support her daughters' plight for citizenship.