New grant to explore the trans-European dimensions of Romanticism 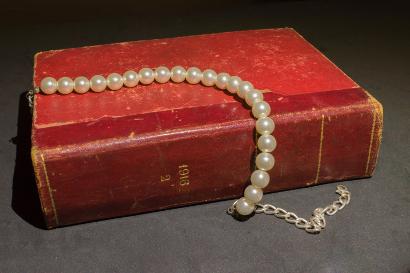 An OU researcher has received a grant from the Arts and Humanities Research Council to research how best to conceive and present European Romanticisms to various audiences.

The artistic, literary, musical and intellectual movement known as Romanticism originated in Europe toward the end of the 18th century, and inflected European culture for most of the following century.

Nicola J Watson, Professor of English Literature in the OU’s Faculty of Arts and Social Sciences is Principal Investigator for the project Dreaming Romantic Europe, with its associated online resource RÊVE (Romantic Europe: The Virtual Exhibition), in conjunction with Professor Catriona Seth of the University of Oxford as Co-Investigator.

Dreaming Romantic Europe will establish a new pan-European and cross-disciplinary research network of individual academics, scholarly associations, and cultural heritage institutions devoted to the study and presentation of European Romanticisms, with the intention of stretching thinking about how best to conceive, teach, and present European Romanticisms in the 21st century.

Over the next three years, the network will run three workshops at museum venues across Europe: ‘Consuming Romanticism’ (2018), ‘Romantic Authorship’ (2019), and ‘Romantic Media’ (2020), which together aim to recover Romanticism as a consciously trans-European phenomenon. The workshops will examine foundational Romantic ideas of cultural consumption, authorship, and medium through exploring and describing how these ideas were expressed through iconic trans-European ‘objects’, including buildings, landscapes and artefacts.

The online exhibition, RÊVE, will organise, curate, and make 100 of these objects publicly accessible, so developing new ways of engaging academia, cultural heritage institutions, and the wider public with a new story of European Romanticisms.

View the first exhibits in RÊVE

Professor Watson said: “This initiative will make it possible for the first time for scholars of Romanticisms and heritage institutions right across Europe to work together on a common project.

“The on-line exhibition, RÊVE, makes it possible for scholars and museum practitioners to think across collections to produce a new and publically engaging story about the emergence and transmission of Romanticism across Europe. At a time of resurgent nationalism and consequent instability within Europe it is important to reflect upon the ways in which Romanticism underpins nationalism and yet to recognise this as a pan-European phenomenon.”

The project received an AHRC Networking Grant of £35,844.