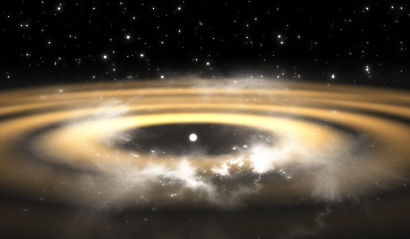 OU researchers are part of PLATO, a space mission, which will investigate how planets form and evolve and explore if planets exist that would support life.

The OU has been awarded £240,000 from the UK Space Agency for its role in PLATO (PLAnetary Transits and Oscillation of stars) which has a currently planned launch date of 2026, and an expected mission duration of at least four years.

Dr Ulrich Kolb, OU Lead for the PLATO Development Phase and Senior Lecturer in the OU’s Faculty of Science, Engineering, Technology and Mathematics said: “The search for planets similar to our Earth, potentially suitable for the development of life, is one of the greatest scientific, technological, and philosophical undertakings of our time, which is captivating public interest. “

The PLATO results will have a profound influence on scientists’ understanding of the Universe and our place in the Cosmos. PLATO will accurately measure the radii, masses, and ages of Earth-like planets in the habitable zones of stars similar to our own. This is unique to PLATO and will lay the foundations for exoplanetary research in the following decades.

The Open University element of the PLATO Development Phase considers the problem of astrophysical false positives that mimic planetary transit and will contaminate the sample of exoplanet candidates delivered by PLATO. The project will prepare tools that inform the PLATO field and target selection so as to minimize the number of contaminants, and to maximize information available for contaminant analysis of individual sources.

Read more about astronomy at the OU.